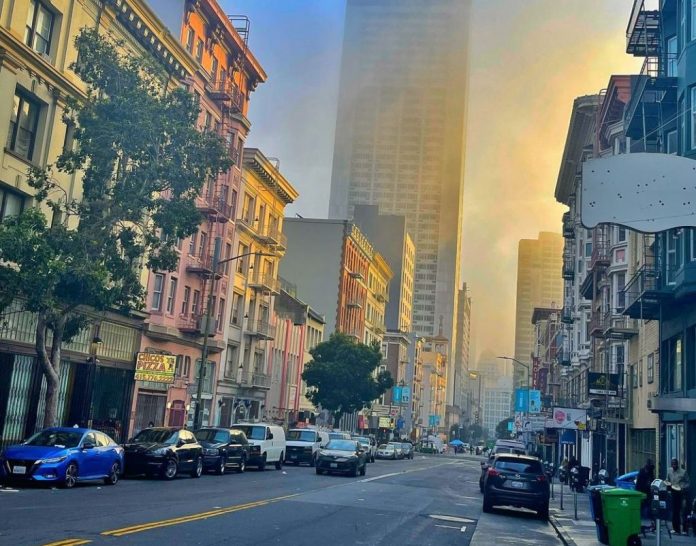 The much publicized Tenderloin emergency declaration will fizzle out Thursday, and the Board of Supervisors spent four hours debating its effectiveness Tuesday, concluding it merely pushed the urban blight to other parts of the city.

Suffice it to say that San Francisco Mayor London Breed’s December emergency declaration in the Tenderloin is not going to be the centerpiece of her 2023 reelection campaign. Breed announced Monday that she would allow the 90-day emergency order to expire on Thursday, March 17, according to the Chronicle, effectively preempting a Tuesday Board of Supervisors vote on whether to throw out or renew the 90-day order. And honestly, does anyone really believe that conditions in the Tenderloin are any better than they were three months ago?

“Since it started, conditions in the Mission have just gone down to a degree that I haven’t seen it like this since I started, quite frankly, as supervisor,” Mission District supervisor Hillary Ronen said. “Conditions are worse than they’ve ever been in the Mission, I think because of the focus on the Tenderloin. Where are we going as a city here?”

Supervisor Ahsha Safai agreed. “I have not driven down Mission Street in a little while, in a few weeks. I was appalled,” he said Tuesday. “I was absolutely appalled, I could not believe that was the Mission Street that I have known and spent time on.”

“Something is happening with the draining of resources and the lack of attention in other parts of the city,” Safai added.

Those various City Hall department personnel did their best to put a good face on whatever meager progress has been made over these 90 days of the emergency declaration. Department of Homelessness and Supportive Housing deputy director Emily Cohen said the Tenderloin Linkage Center at the heart of Breed’s plan managed to get nearly 400 unsheltered people into shelters and traditional housing.

“This is much more than we are typically able to make available to people living outside,” Cohen told the board.

That’s great and all, but this emergency declaration was not about getting homeless people into homes. There are other programs for that. It was supposed to be about preventing overdoses and street-level drug dealing, and there is little or no evidence of progress in that department.

Curiously, the Board voted unanimously to send the emergency order back to the Public Safety and Neighborhood Services Committee, even though Breed has already declared that it will expire.  That doesn’t make a ton of sense, since it seems the thing is finished. But the Linkage Center will continue to operate as is, and its lease runs through June 30.

Say what you will about the San Francisco Board of Supervisors, but they gave Breed’s Tenderloin emergency declaration plenty of thoughtful debate and analysis. They analyzed it for ten and a half hours (well into the wee hours Christmas Eve!) upon its introduction, another three hours once it went into effect, and then for another four hours Tuesday.

Mayor Breed, meanwhile, gave a stemwinder speech declaring the order on December 17, and then did remarkably little advocacy for it. She promptly disappeared for more than two weeks after the declaration (this was during peak Omicron, mind you), then moved on to the issue of getting office workers back downtown, and currently she’s off in Europe trying to drum up tourism.

But the emergency declaration did get her appearances on popular podcasts with national audiences and network TV Sunday morning shows to burnish her credentials as an anti-woke, pro-cop Democrat. So, the declaration may not have helped the Tenderloin, but it did help her to build her national profile.

So no, we can expect this is not going to be the centerpiece of Breed’s 2023 mayoral reelection campaign. But come to think of it, maybe she has other things in mind for the future.

Update: The Mayor’s Office put out a statement from Breed Wednesday, which says, in part, “While the emergency declaration will expire this week, operations launched pursuant to the Tenderloin Emergency Initiative will continue, including daily coordination, outreach, care, street cleaning, and other interventions to disrupt and mitigate harmful behaviors. The challenges in the Tenderloin are decades in the making and they won’t be solved overnight, but we are committed to making a difference for everyone who lives and visits the neighborhood…

“Since the emergency was declared, thousands of people have been referred to health and human services, hundreds have received shelter, and tons and tons of trash and debris have been removed from the streets. While we’ve made noticeable progress, we’ve made a commitment to the Tenderloin community and we’re continuing our emergency response, including assigning dozens of additional officers to the neighborhood to address drug dealing and other illegal activity that cannot be allowed to continue.”