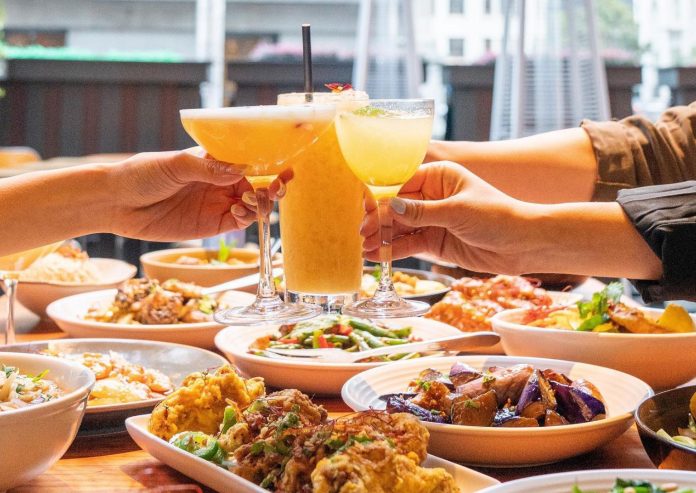 Burma Love Is Expanding to Gough Street In Hayes Valley

Burma Love, the offshoot of Burma Superstar with a lively location on Valencia Street, will be adding another location soon in the former Boxing Room/Barcino space in Hayes Valley.

It appears that the Absinthe Group has finally given up its claim on the space at Gough and Grove (399 Grove Street) where Boxing Room debuted over a decade ago — and which was the long-ago home of Elizabeth Falkner’s Citizen Cake. The Cajun concept gave way to a Spanish restaurant called Barcino in mid-2017, taking cues from the success of the Absinthe Group’s SoMa Spanish restaurant Bellota, which remains open.

Barcino took its final bow, like a few prophetic others, just one month before the pandemic began, in February 2020. And in November 2020, the 3,200-square-foot space at 399 Grove came alive briefly again as Akna, a Mayan-Yucatan restaurant from longtime Absinthe Group chef Eddie Arriaga and his son, Ivan Arriaga.

The space had been advertised for lease on Loopnet.

Absinthe still maintains its flagship restaurant and next-door cafe Arbor, as well as wine shop Arlequin, on the other side of the block, on Hayes Street. In addition to Bellota, the restaurant group also has North Beach cocktail spot Comstock Saloon.

Burma Love first debuted in the Mission District in late 2014, billing itself as a hipper sister concept to the longtime Richmond District stalwart, Burma Superstar. The menus of the two restaurants are similar, with Burma Love offering a few more banquet-style dishes from Myanmar like a whole fried fish.

The Burma Superstar family of restaurants was hit with a wage-theft and worker-mistreatment lawsuit six years ago, which ended up being a class action that was settled in June 2020 for $1.3 million. The settlement provided payouts to 353 current and former employees of the restaurant group, which includes Burma Love, B Star, Burma Bites, and Burma Superstar locations in San Francisco, Oakland, and Alameda.

An opening date for the new Burma Love location is not yet known.

Facebook
Twitter
Pinterest
WhatsApp
Previous articleNetflix Is Letting Go of Its Original Headquarters Building In Los Gatos (But Not Its Main HQ)
Next articleSF Taiko Dojo Being Evicted at End of the Month, May Be Forced to Disband