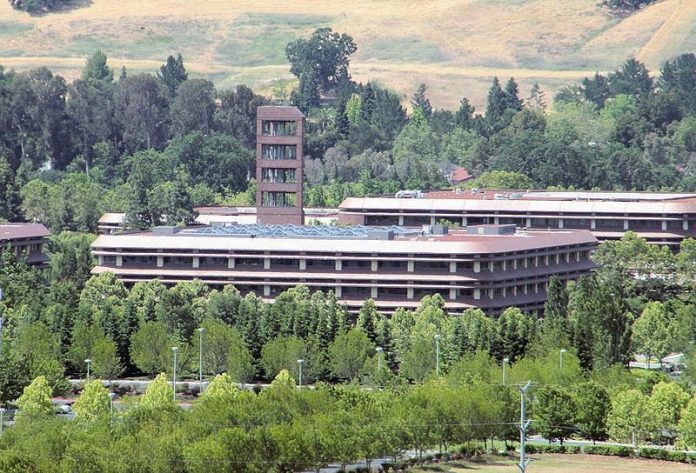 Oil and gas giant Chevron is downsizing its Bay Area footprint and moving a bunch of employees from San Ramon to Houston, but sorry Richmond residents, that often-flaring refinery is not going anywhere.

Apparently the work-from-home era and its squeeze on companies’ ability to pay for office space is also hitting the price-gouging gasoline sector too. The Wall Street Journal reports this morning that oil and gas corporation Chevron is selling off its San Ramon headquarters, and shipping an undisclosed number of employees off to Houston. The company will still be headquartered in San Ramon, but is apparently looking for a smaller headquarters, and the Houston office employs far more people than the San Ramon office ever did anyway.

That often problematic Chevron refinery in Richmond also employs about 1,000 more people than does the actual corporate headquarters of Chevron in San Ramon, and the refinery is not closing or moving. The office headquarters is what Chevron is aiming to sell off, and according to the Chronicle, that headquarters “spans 92 acres, 13 buildings and 1.4 million square feet, with more than 2,000 employees.”

For comparison, the Richmond refinery has “more than 3,000 workers” per the Chronicle, and the Houston Chevron office, according to the San Francisco Business Times, “now employs about 6,000 people.” The Houston office is in (heh) the former Enron headquarters.

“The current real estate market provides the opportunity to right-size our office space to meet the requirements of our headquarters-based employee population,” Chevron said in a statement to the Chronicle. “Chevron will remain headquartered in California, where the company has a 140-year history and operations and partnerships throughout the state.”

Chevron was technically founded in San Francisco in 1879, but back then it was the Pacific Coast Oil Company. John D. Rockefeller bought it up when creating the giant Standard Oil Company, but the Supreme Court then busted it up in 1911 in an antitrust case. That created all the Exxons and Chevrons and gas companies we know today, and Chevron actually had its headquarters on Market Street up until 2001, when it moved the offices to San Ramon.

But Bay Area residents know Chevron more for its Richmond refinery that often flares up, has led to claims of ill health effects among area residents, and at times made much of the Bay Area smell like rotten eggs. Chevron will presumably save a few bucks with cheaper office space by moving a couple thousand employees to Houston, and the business press will carry their water and say that it’s too expensive for companies to remain in California.

But the refinery remains in place, and real estate analysts are optimistic that the San Ramon headquarters will pretty quickly draw the interest of biotech or housing development interests.

Facebook
Twitter
Pinterest
WhatsApp
Previous articleMore Newsom Bucks Could Be Coming Your Way, State Has ‘Framework’ for Inflation Rebate Checks
Next article40-Story Tower at the Foot of Van Ness Goes Before Planning for Reapproval as Rental Apartments