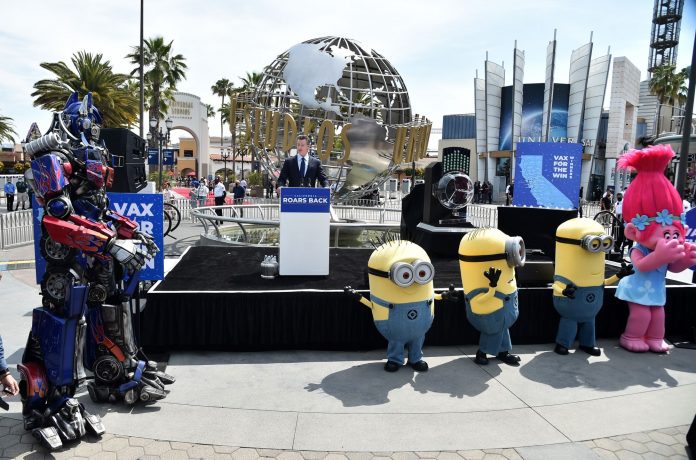 More Newsom Bucks Could Be Coming Your Way, State Has ‘Framework’ for Inflation Rebate Checks

Checks of anywhere from $200 to $1,050 appear likely to be coming, as Governor Newsom and the state legislature have agreed to a “framework” for a budget that includes inflation rebate checks for every California taxpayer.

Hey, whatever happened with that whole gas-price rebate check thing that Gavin Newsom and state legislators were bandying around a couple months back? It was criticized as a sop to vehicle owners and gas guzzlers at a time when, sure, gas prices were going up, but so was the price of everything else.

Well, the sausage got made in Sacramento over months of budget negotiations, and now we have a “framework” of a deal, according to a Sunday announcement from Newsom’s office. And as KTVU explains, we have modest “inflation relief” checks likely coming. And you don’t need to own a car to get the money!

NEW: Millions of Californians will be receiving up to $1,050 as part of a NEW middle class tax rebate.

That’s more money in your pocket to help you fill your gas tank and put food on the table.

“The centerpiece of the agreement, a $17 billion inflation relief package, will offer tax refunds to millions of working Californians,” Newsom’s office said in the Sunday press release, as he reached the deal with Democratic legislative leaders over the weekend. “Twenty-three million Californians will benefit from direct payments of up to $1,050. The package will also include a suspension of the state sales tax on diesel, and additional funds to help people pay their rent and utility bills.”

“Each of those values double if you are married with joint salaries,” KTVU also adds. “That means a family of three can receive up to $1,050 in relief.”

And they are indeed also planning on suspending the gas tax under this budget proposal, according to KRON4. “The package will also include a suspension of the state sales tax on diesel and additional funds to help people cover rent and utility bills,” that station reports. “The gas tax suspension would go into effect October 1 and last for one year, providing a savings of 23 cents per gallon.”

We should clarify that this is a “framework” for a deal, and it is not final. Committees in Sacramento will hash this out in the weeks to come. But we have the governor, the Assembly speaker, and the current state Senate president in all agreement, so the outcome seems likely.

But don’t go spending it yet. As KRON4 explains, “ The money could reach your bank accounts as early as late October and as late as the beginning of next year.”