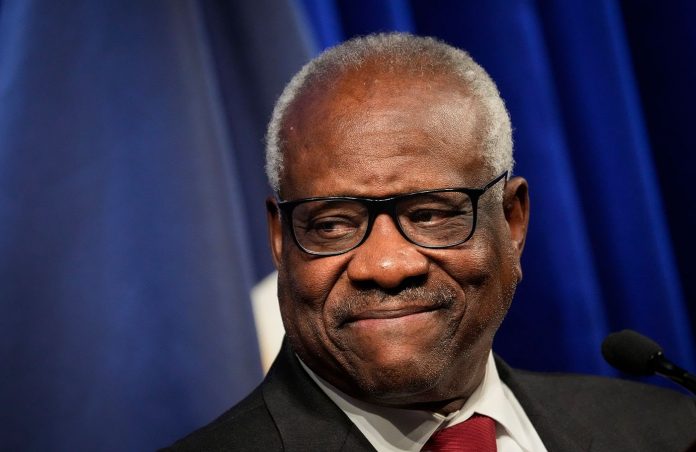 San Francisco and other gay-friendly metropolises had a joyous Pride Weekend in 2015 when the Supreme Court ruled in favor of same-sex marriage. But the pendulum always swings the other way and this Pride will be shadowed by the despicable — and radical — decision by the Trump-appointee-heavy court we have now to overturn Roe v. Wade and leave women in a huge swath of this country without easy access to abortions.

The newest members of the court have not yet had time to show the extent of their radicalism, but George W. Bush appointees Samuel Alito and John Roberts and George H.W. Bush appointee Clarence Thomas certainly have. And whatever hope we liberals had of Roberts being some sort of meliorating force of good on the court is officially gone.

Roberts, predictably, wrote a separate concurring opinion in the landmark Dobbs v. Jackson Women’s Health Organization case, expressing that it was not his preference to fully overturn Roe, and that he would have advocated for a narrower decision that only addressed the concept of fetal viability, upholding Mississippi’s abortion law only. “The Court’s opinion is thoughtful and thorough, but those virtues cannot compensate for the fact that its dramatic and consequential ruling is unnecessary to decide the case before us,” Roberts writes.

Thomas, who along with Alito has clearly been sick of voting in the minority on major issues in the culture wars for the past two decades, has not been a frequent writer of concurring or dissenting opinions. But today we get a — dare-we-say gleeful? — separate concurring opinion from Thomas as well, in which he clearly declares the radical position he holds on the court. Not only does he celebrate the overturning of Roe 50 years later, because he, as a strict textualist believes it was wrongly decided in the first place, he would like to see some more recent decisions overturned for the same reason.

Referring to the court’s previous rulings on sodomy laws, same-sex marriage, and bans on contraception — the latter, known as Griswold, dates to 1965! — Thomas writes that the court “should reconsider” all of these precedents it has set using the due-process clause of the Constitution.

Alito, for his part, included a phrase in his majority opinion saying that “nothing in [the Court’s] opinion should be understood to cast doubt on precedents that do not concern abortion.” But Thomas seems to twist that mean that new opinions are now necessary to overturn these other precedents on things like same-sex marriage and contraception. And given the vitriolic forces at play in the country right now, it’s not difficult to imagine a day in the near future when a case comes before the courty challenging the right to same-sex marriage — and this conservative majority would almost without a doubt through that previous ruling out the window faster than you can say Roe.

“There is no finality in the battle for civil rights,” said New York Times columnist Charles M. Blow, presciently, in a column two days ago. “Wins don’t stay won. They must be defended and can sometimes be reversed.”

We also will now hear, at least for a week or two, from politicians attacking justices like Kavanaugh and Gorsuch who made sure to give the party line during confirmation hearings about their “respect” for “precedent,” trying to suggest they wouldn’t overturn Roe if they had the chance in order to get confirmed, even though this has been the not-secret project of conservatives and the Federalist Society for decades.

“How about those justices coming before the senators and saying that they respected stare decisis, the precedent of the court, that they respected the privacy in the Constitution of the United States,” said Nancy Pelosi in a news conference Friday. “Did you hear that? Were they not telling the truth, then?”

“Today, the Republican-controlled Supreme Court has achieved their dark, extreme goal of ripping away women’s right to make their own reproductive health decisions,” Pelosi said in her remarks. “Because of Donald Trump, Mitch McConnell, the Republican Party and their supermajority on the Supreme Court, American women today have less freedom than their mothers.”

Up next perhaps: LGBTQ people. Watch out.

Top image: Associate Supreme Court Justice Clarence Thomas speaks at the Heritage Foundation on October 21, 2021 in Washington, DC. Clarence Thomas has now served on the Supreme Court for 30 years. He was nominated by former President George H. W. Bush in 1991 and is the second African-American to serve on the high court, following Justice Thurgood Marshall. (Photo by Drew Angerer/Getty Images)