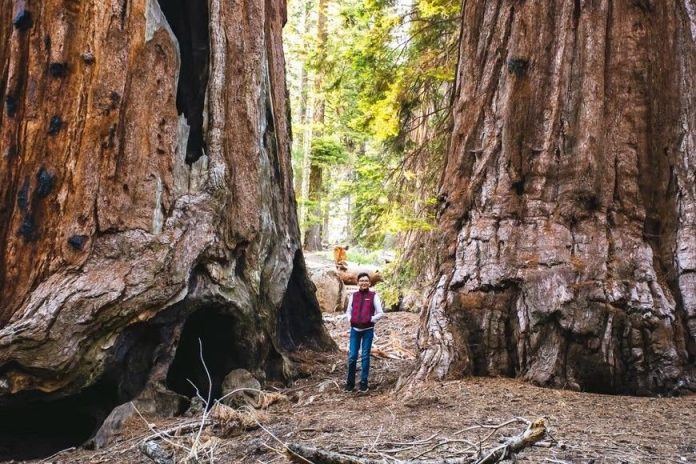 Congress Steps In to Save Sequoia Trees, As Nearly 20% Have Been Killed By Wildfires

California’s giant sequoia trees were once considered practically immune to wildfires. But after several thousand were killed by wildfires in recent years, a new bill in Washington hopes to protect and preserve the mighty sequoias.

Proud Californians know that our giant sequoia trees are the largest, longest-living trees in the world. Among them are the world’s biggest tree, the General Sherman in Sequoia National Park. and the sequoias only grow naturally here in California on the western slopes of the Sierra Nevada mountains. They were initially thought to be so large and healthy that they were basically immune to wildfires, but seeing thousands of them killed in the last few years’ intense wildfires has rather brutally dispensed with that notion.

And last year, as you might recall, we were wrapping them in aluminum foil to save them from the fires. That doesn’t seem sustainable!

So here comes a bipartisan coalition of (mostly California) congressional representatives with a legislative effort to preserve and protect these majestic trees. The Chronicle reports on a new bill being introduced called the Save Our Sequoias Act, which would fund and support preservation of the some 75 sequoia groves in California. The bill’s authors are San Diego Rep. Scott Peters, and oddly, House Minority Leader Kevin McCarthy, whose Bakersfield-area district does have sequoias that have been killed by fires.

“These natural wonders have stood tall for thousands of years, and their loss is a devastating blow to our communities and the environment,” McCarthy said, according to a statement his office provided to the Chronicle. “This bill would make commonsense reforms to forest management practices to reduce the risk of catastrophic fires.”

As the Chronicle adds, “Over the past two years, nearly a fifth of all giant sequoias, once considered virtually immune to wildfire, burned so badly they died.”

The exact legislation has not been introduced publicly, though the Chronicle says it has “obtained an advance copy.” The bill calls for an emergency declaration, and $325 million of foresting and reforesting efforts over ten years. It also allows that, as the Chron explains, “the existing Giant Sequoia Lands Coalition, a group of nonprofit, tribal, local, state and federal land managers who oversee many of the burned areas, could expedite forestry projects aimed at boosting fire resiliency in the standing groves, such as cutting fire lines, thinning brush and prescribed burning, as well as reforesting places where sequoias have died.”

Our loathing of Kevin McCarthy aside, it’s probably a good thing for this bill, and for these magnificent trees, to have his name and reach on this legislation. The Porterville Recorder noted last month that the bill “will be introduced on the federal level in Congress in June,” (though it may be getting late for that?), while the Chronicle points out “the item could get pushed to next year and bundled into a broader package, such as the Farm Bill.”

So whether this passes Congress will likely become a “how the sausage gets made” issue, and to that end, it is probably helpful to have Kevin McCarthy pushing the effort.