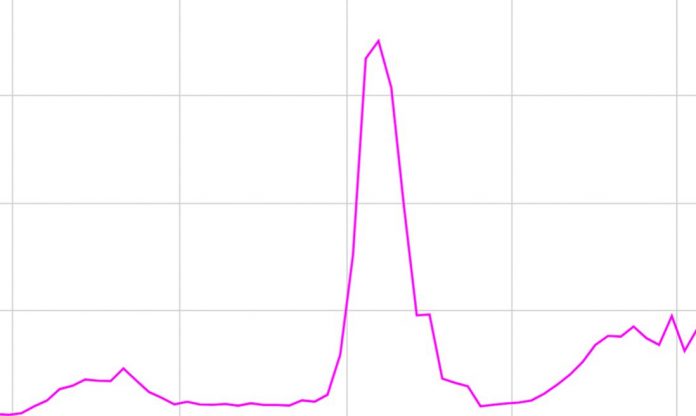 COVID Hospitalizations Climb Back to February Levels In Bay Area and California; Cases May Be Headed For Another Peak

Hospitalizations continue rising, driven by the May and June surge of Omicron variants in the Bay Area and beyond. And case counts, though unreliable, still paint a picture of continued or accelerating surging.

Here in the Bay Area, the BA.5 variant appears to be driving a surge that’s slightly more intense than the previous BA.2.12.1 in the spring — and due to the high infectiousness of the new variant, even for people who are vaxxed, boosted, and/or had a previous infection, the official numbers — which are assuredly an undercount due to home testing — are even higher than last summer’s Delta surge. Though the numbers are nowhere near the Omicron surge of January.

The seven-day average of new cases across the nine-county Bay Area was 4,150 per day as of Tuesday, up from 3,121 a week earlier. Still, average case counts north of 4,000 occurred in two different weeks in June, and we had an average of 3,800 cases per day the week ending May 24, when BA.5 was not yet the dominant variant.

The test-positivity rate is also sky-high these days, with a lot of people seeking out PCR tests only after they already have symptoms or have tested positive at home. In San Francisco, test-positivity hit 16.2% as of last week, and the rate is similar statewide.

But the actual number of tests being performed in San Francisco is decidedly low — nearly as low as during the low-COVID times of June 2021 — reflecting the fact that so many people are likely not being PCR tested.

Given the potentially vast undercounting of cases that’s occurring because fewer people are going through official channels to get PCR tests, it’s perhaps understandable that hospitalizations have risen to levels similar to late February. But UCSF’s Dr. Peter Chin-Hong cautioned in some comments to ABC7 this week that hospitalization counts are also misleading at this point, with many people discovering they are COVID-positive when they arrive at a hospital for some other reason, and get screened for COVID. This distinction of being in a hospital “with COVID” as opposed to “for COVID” has been made by public health experts for many months now — and Dr. Chin-Hong noted that of the 45 or so patients at UCSF this week who were COVID-positive, only one person was on a ventilator.

There were 937 COVID-positive people in Bay Area hospitals as of Tuesday, up from 881 a week earlier. The hospitalization uptick at the state level appears sharper, with the count having risen 26% since July 1.

Still, the BA.5 variant has many worried, and UCSF’s Dr. George Rutherford tells ABC 7 that its high transmissibility even among the previously infected is a “wake-up call.” An Australian study has even suggested that immunity from previous infection has gone down from 90 days to 28 days with this new variant.

“I think it could be our second worst surge in terms of numbers of cases,” said Dr. Chin-Hong told ABC 7. “We have to be careful.”

And yes, this means that even crowded outdoor spaces might not be so safe anymore, with this variant.

COVID soothsayer Dr. Bob Wachter, also of UCSF, spoke on a Chronicle podcast this week saying that he encourages people to go and live their lives, and even travel, despite this variant now causing more infections — but everyone should go into crowded situations wide-eyed about their own risk level, and you should mask up in those situations if you’re concerned about getting infected.

“I think we’re past the time where you say, ‘I can’t do these activities anymore,'” Dr. Wachter says. “But I still think we’re in the time where if you’re trying to avoid getting COVID, which I think is the smart thing to do, there are ways of keeping yourself safe.”