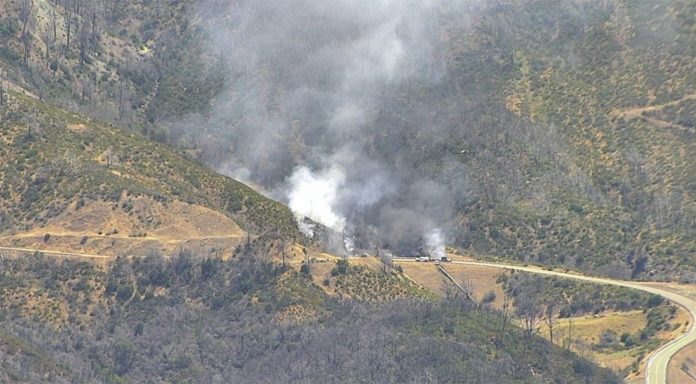 A vehicle fire in Cloverdale caused a bit of panic Wednesday afternoon as Sonoma County braces for another dramatic fire season still ahead.

A truck caught fire in the vicinity of 17900 Geysers Road in Cloverdale, near Geyser Peak, around 12:35 p.m. Wednesday, and the fire spread to nearby vegetation. Cal Fire’s LNU (Lake-Napa Unit) responded and quickly got the blaze under control and contained to one acre, as KPIX reports.

#FrogFire – CAL FIRE Sonoma-Lake-Napa Unit is responding to a vehicle fire into the vegetation near 17900 Geysers Rd, Cloverdale. If traveling in the area please use caution and give way to emergency vehicles. #CALFIRE#CALFIRELNU pic.twitter.com/p6nXaPgc0z

The fire was contained by cleanup was continuing around an hour after the fire began.

The cause of the truck fire is not clear.

Fire-scorched Sonoma and Napa counties were relatively spared in the summer and fall of 2021, after a dramatic and exhausting fire season the previous year that included lightning-caused fire complexes across the region in August, and the highly destructive Glass Fire in September/October.

But this fire season… knock on wood the Bay Area has another easy year.