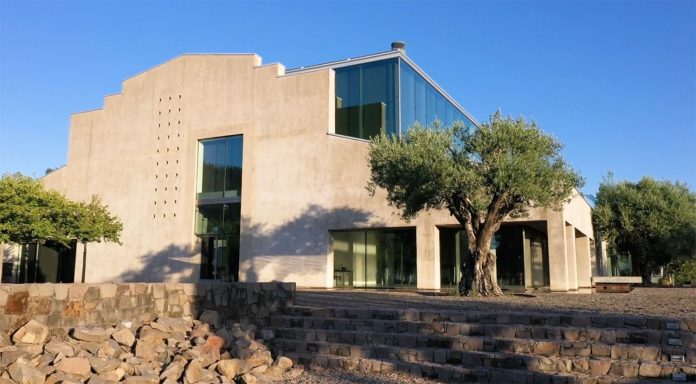 Cyrus, the Once Michelin Two-Star Dining Destination, Returns In a New Sonoma Location After 10-Year Hiatus

It’s been ten long years since Cyrus was forced to close in Healdsburg, bringing to an abrupt end a world-class dining offering from chef Douglas Keane that garnered two Michelin stars and plenty of accolades. But in September, after multiple false starts, Cyrus returns in a new location.

Cyrus was a Bay Area star among foodinistas in the days before San Francisco proper gained multiple Michelin two- and three-star restaurants. And Keane, along with maitre d’ and business partner Nick Peyton, brought old-world style and new-school theatricality to the dining experience, with a caviar cart, a cheese cart, a mignardise (after-dessert treat) cart, and an innovative presentation for birthday desserts involving a glass dome and a balloon that deflates to spew chocolate confetti over whatever was inside.

The original Cyrus closed in 2012 amid a dispute with its landlord at the Hotel Les Mars in Healdsburg — and it was replaced with the more casual Chalkboard. Not long after, Keane made an appearance on Top Chef Masters, and since then he opened a short-lived chicken-wing spot at Graton Resort & Casino, and he opened Two Birds/One Stone with chef Sang Yoon at Freemark Abbey Winery in St. Helena. He’s also continued to run Healdsburg Bar & Grill with Peyton.

It sounds like some theater will be part of the new Cyrus, with a progressive dining program that moves between multiple rooms — and Room One will be a lounge with a full bar and a caviar and Champagne cart. As the Chronicle reports today, there will be a couple of staggered seatings each night for 12 people at a time, with the whole experience taking three and a half hours.

The new location, as SFist reported back in early 2020, is a glass and concrete building in Geyserville, just a few miles away from the original Cyrus. Even without the pandemic intervening, the $5 million buildout for the former warehouse was expected to take at least 18 months, so with the opening now planned for September 9, they’re not so far behind.

The Chronicle details other aspects of the buildout, including an open kitchen with a U-shaped chef’s counter, a fish tank for live lobsters and prawns, and a Willy Wonka-esque chocolate waterfall wall that will greet diners after their final course, when they collect their mignardises.

It’s going to be a lot of luxury that is sure to inspire some Instagramming, and the price for the experience will be $295 per person, with another $250 for optional wine pairings.

Peyton, now 74, will return as maitre d’, telling the Chronicle, “It’s the drug I know.”

Reservations for nights thereafter will come available on the Cyrus website starting July 8. And beginning in early October, there will be several tables reserved for walk-ins each night at the restaurant.