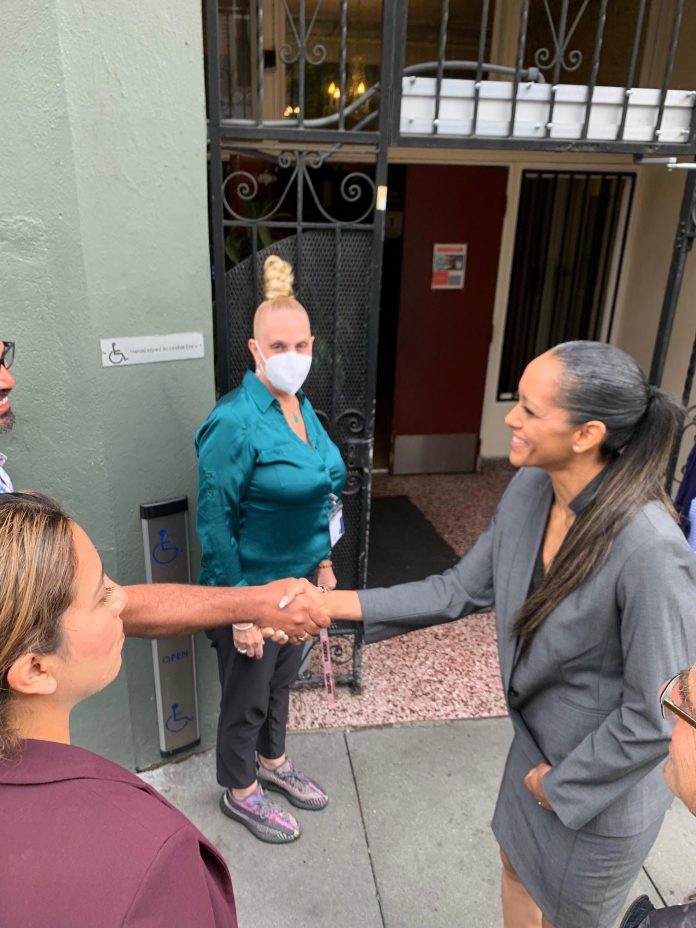 DA Jenkins Defends Secretive $100,000 Payment from Anti-Boudin Group, Which Turns Out Was Actually $153,000

In her first interview on the matter of a previously unreported $100,000 payment, which we now learn was a $153,000 payment, SF DA Brooke Jenkins continues to insist that her consulting for a group bankrolling the recall was unrelated to the recall.

When we learned last week the newly appointed DA Brooke Jenkins had taken a $100,000+ payment from a group bankrolling the recall campaign, while claiming to only be a volunteer for the recall campaign, there were already questions about how much Jenkins was paid and for what work, exactly, outside of trying to get Chesa Boudin recalled. The Chronicle’s deep dive into Jenkins’ financial disclosure published Thursday already showed, as seen below on the left below, that Jenkins merely disclosed receiving “Over $100,000,” and that was after taxes.

And sure enough, in Jenkins’ first interview about the payments with the Chronicle, we learn that Jenkins was actually paid $153,000 for work over a six-month period. According to the Chronicle, “She said this work included analyzing the impact of Proposition 47, the 2014 ballot measure that lowered penalties for many property and drug crimes in California and ignited fierce debate.”

Jenkins had always described herself as a volunteer for the recall campaign. And this may be technically true, but not “common sense” true, given what we now know.

“For me, the two were so separate,” Jenkins told the Chronicle Monday. “And the fact that I was doing separate work for them was irrelevant.”

Jenkins said that in November 2021, she disclosed to the recall campaign that she was considering “advising the nonprofit side of Neighbors about various things, including the impact of state and local laws on public safety, analyzing crime data across different jurisdictions, (and) using my prosecutorial experience to sort of advise them on a number of public safety issues.”

Jenkins also claims never to have met Oberndorf in person, only over Zoom in meetings “a handful of times.”

But when did she disclose this information to Mayor London Breed? Before she was appointed? Or did Breed find out in the newspapers, after already appointing Jenkins? That remains a million-dollar question which this interview does not answer.

Nonetheless, we have a hard timeline here. Jenkins was mulling the big-money consultancy gig in November, and started it in December. So ostensibly, she is not taking money from recall donors yet when she got the glowing Heather Knight writeup in October 2021 for quitting Boudin’s office. But she probably knew she was taking the job when she did an All Things Considered interview in late November, and she was definitely on that gig when she appeared on Real Time with Bill Maher the following February to talk shit about Boudin as a “volunteer spokesperson.”

To people who make six figures in political consulting gigs, these kinds of duplicitously structured campaign spending organizations are very normal things. But voters may not see it that way, and Jenkins may need some better explanations with a competitive race looming in November.

Related: Chesa Boudin and His Supporters Seize On Revelation About Brooke Jenkins’s Recall Payday: ‘Integrity Is Central to the Job of DA’ [SFist]

Facebook
Twitter
Pinterest
WhatsApp
Previous articleNancy Pelosi Hosting a Phone-In Town Hall on Monkeypox at 5 p.m. Tuesday
Next articleNetflix Is Letting Go of Its Original Headquarters Building In Los Gatos (But Not Its Main HQ)