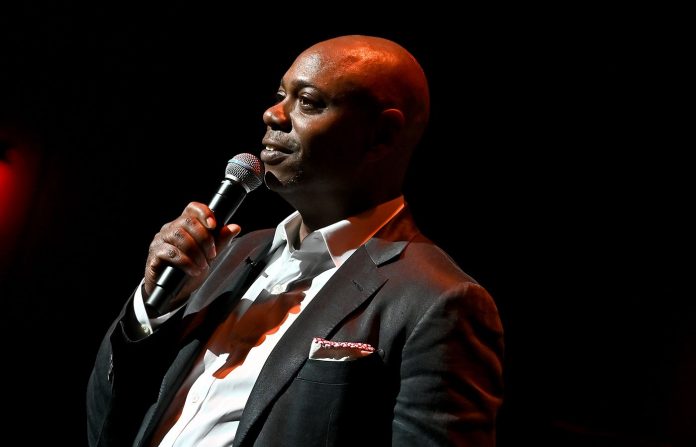 Controversy-courting comedian Dave Chappelle is doing more shows in the Bay Area this week, and hosting three consecutive nights of events at the Blue Note Jazz Festival in Napa, despite being persona non grata with much of the LGBTQ community at this point.

A predicted protest failed to materialize in any significant size when Chappelle was last in the Bay Area for a documentary screening at Chase Center in November. And while Netflix seems to have moved on from its employee protest of last year over Chappelle’s special The Closer (Netflix has basically told employees to put up or shut up and they have bigger fish to fry vis a vis stopping the hemorrhaging of subscribers), the larger LGBTQ community has not.

It may be little use trying to “cancel” Chappelle, as he still has a large fanbase — a base who doesn’t seem to mind his brazen, grumpy, old-mannish transphobia that appears rooted in a desire to pit minority against minority. (Chappelle has been open about his annoyance that white LGBTQ people appear to have leapfrogged ahead of Black people in terms of achieving civil rights and acceptance in the U.S., and he largely ignores the existence of Black and brown trans and queer people in that rhetoric.) And this week, a petition drive up in Sonoma County to get the Luther Burbank Center for the Arts (LBC) to cancel Chappelle’s four sold-out shows there went nowhere.

ABC 7 spoke to a representative for the group TransLife Sonoma County, Jennifer Rihl, who said her group is “upset and appalled” by the fact that Chappelle’s arrival in Santa Rosa is being met with shrugs by the LBC. “Espousing the transphobia he does, it normalizes transphobia,” Rihl said, adding that LBC’s allowing the booking is “a slap in the face to our community.”

Live Nation is renting the Luther Burbank Center for the shows, and the center is trying to shift blame, but is declining to cancel the shows.

LBC issued a statement saying, “The LBC has been a gathering place for over 40 years, working with the community and a number of presenters to provide a place for diverse voices to be heard. We always appreciate feedback from our community, and we have shared the collective concerns we’ve received with Live Nation. In addition, we have been inviting those who have expressed their thoughts to keep the conversation going, so we are able to find ways to better support and elevate the voices of our entire community.”

Chappelle’s recent sets have apparently included jokes about monkeypox being a “gay disease,” as the Minneapolis Star Tribune reports, and he makes light of trans people who protest his shows, referring to them as “transgender lunatics.”

Anita Wiglesworth, LBC’s vice present of programs and marketing, tells the Santa Rosa Press Democrat that Live Nation did not inform the venue who would be performing there when they agreed to rent the venue in recent weeks. Still, LBC decided not to reneg on the contract, citing a desire not to censor a performer.

“Many members of the [LBC] staff, which represent the diversity of the community, watched ‘The Closer’ and other material from the artist to understand context,” Wiglesworth told the paper. “In the end, we determined it is not our role to censor, particularly from an organization renting our facility and one that provides diverse artists to our community. This decision was not made lightly.”

Chappelle is playing four shows at LBC between Tuesday and Thursday, and then he heads to Napa to play host at the inaugural Napa iteration of the Blue Note Jazz Festival. The festival first launched in New York, in connection with the famed Blue Note jazz club, in 2011. The Blue Note also has a location in downtown Napa, and this weekend they are doing the festival for the first time on the West Coast, at Charles Krug Winery.

Each night of the festival features a “dinner party” event hosted by Chappelle, which various special guests including keyboardist Robert Glasper, Snoop Dogg, and Erykah Badu.