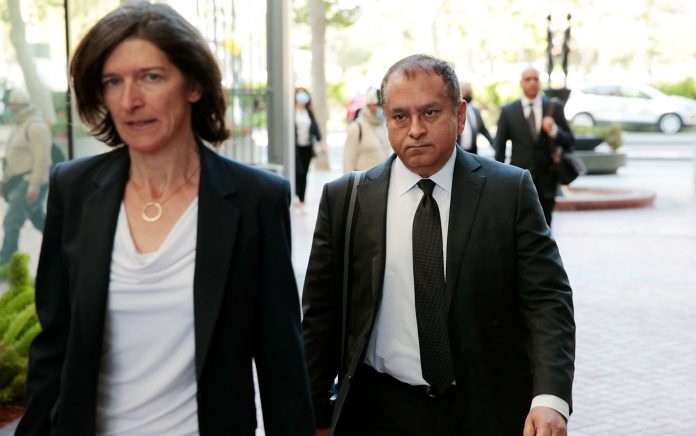 The jury announced it had reached its verdict after four days of deliberations that began last week. Jurors heard three months of evidence in the case, and today returned guilty verdicts on 12 out of 12 counts of wire fraud and conspiracy to commit wire fraud. That’s a slightly worse outcome than what co-conspirator Elizabeth Holmes saw in her verdict in January, when she was convicted on four of eleven counts against her.

As the Associated Press recounts, jurors in Balwani’s trial heard that the 57-year-old entrepreneur put up $15 million of his own money to invest in Theranos in 2010, and Holmes made him her second-in-command while secretly dating him as well. Defense attorneys suggested that Balwani was swept up in Holmes’ scheme and they argued that he never saw a dime of the money he invested — while his stake was at one point worth $500 million on paper, he never sold any of his shares, and they became worthless when the company tanked in 2016.

Prosecutors argued that Balwani was more instrumental in the swindling of investors, despite the fact that he and Holmes knew their blood-testing technology was unproven.

Creepily, as CNN reports, Holmes’ and Balwani’s connection dates back to 2002, when she was 18 years old and he was 37. The pair met at a summer language program in Beijing, where they studied Mandarin, and three years later Holmes would be dropping out of Stanford to work full time on her blood-testing startup. It’s not clear when, exactly, the purported friendship and business relationship turned romantic, but they would not finally break up until 2016 as the company was in free-fall.

Holmes then met and married hotel-family heir Billy Evans — and she was spotted and buttonholed by Inside Edition, looking “chipper” and walking her dog in 2019 in SF’s Marina District.

While there was speculation that Holmes might take the stand as a prosecution witness against Balwani, that never came to pass.

Holmes, now 38 and the mother of a one-year-old, is still awaiting sentencing in September.

Related: Will Elizabeth Holmes Face Stiff Sentence, or Will Judge Go Easy On Her Because of Baby?