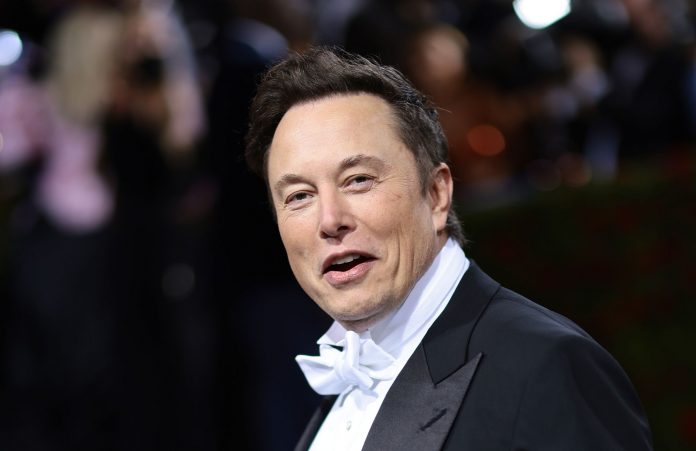 Elon Musk Had Secret Twins With One of His Companies’ Top Execs, Now the Mother Might Be In Line for Twitter CEO?

The latest Elon Musk drama shows he had two more babies with an executive at his company Neuralink, two weeks before the second Grimes baby arrived, and the executive who had his twins could now reportedly be in line to be CEO of Twitter.

The biggest factor that could potentially unravel the Elon Musk Twitter acquisition is clearly just Musk’s own behavior, behavior that employees of his company SpaceX have complained about publicly, only to find themselves fired. That indicates you may not hear much complaining from employees of Musk’s company Neuralink over Musk apparently having twins with a top Neuralink executive, according to a Business Insider report (which is paywalled, but we have more info below), and unsurprisingly, these eighth and ninth little Musks arrived just two weeks before his second baby with Grimes.

Doing my best to help the underpopulation crisis.

A collapsing birth rate is the biggest danger civilization faces by far.

There’s plenty more detail in this writeup from The Hill, and frankly all over the rest on the internet since the story broke Thursday morning. Musk has of course taken to Twitter to attempt a Pee-Wee Herman “I meant to do that” over  a story he kept secret for months and did not acknowledge until reporters found out about it.

Elon Musk quietly had twins last November with one of his top executives, court documents obtained by @thisisinsider show.https://t.co/nSZIOdqNac

The mother in question is Shivon Zilis, seen above, is a Canadian-born former Forbes 30 Under 30 lister (translation: from generational wealth), who currently works as a Neuralink director of operations and special projects. The Verge describes her as “a Yale graduate and has worked at Neuralink, Musk’s company focused on building brain-computer interface technology, since 2017. She also lists a job at Tesla Motors from 2017 through 2019 working on AI with the Autopilot and chip design teams as well as employment starting in 2016 with OpenAI, the nonprofit AI safety group Musk helped found.”

So Musk has certainly… taken an interest in her career.  And now, The Hill notes that “Musk had Zilis on the short-list of individuals to run the company should the [Twitter] deal go through.”

As CNN Business describes, the discovery of the twins’ births comes from name change certificates in Texas, where both parents live. “A Travis County, Texas court docket obtained by CNN Business indicated that the name change petition was initially filed in April 2022 and granted in early May — matching the dates on the documents published by Insider,” CNN Business explains. “Those documents contain the court’s stamp as well as Musk’s signature, listing him as the father and Zilis as the mother.”

Elon Musk sexually harassed a flight attendant, one of his kids never wants to talk to him again, and he kept two other kids he had with an employee a secret. The fact that legions of young men are worshipping this guy is really tragic.

Musk clearly has his bizarre sci-fi “repopulation” argument at the ready, but a little perspective here: It is generally considered creepy workplace behavior to bang your subordinates, particularly so when they are roughly half your age and they bear your children. Musk already has sexual misconduct payouts on his record, and this is just the latest objectively very unprofessional incident with him.

And I’m sorry, but installing your baby-mama as CEO of a company you just bought, when she has apparent zero experience in that company’s field of work, would indeed be another unprofessional incident. But we’ll see if he goes there.

Image: NEW YORK, NEW YORK – MAY 02: Elon Musk attends The 2022 Met Gala Celebrating “In America: An Anthology of Fashion” at The Metropolitan Museum of Art on May 02, 2022 in New York City. (Photo by Dimitrios Kambouris/Getty Images for The Met Museum/Vogue)