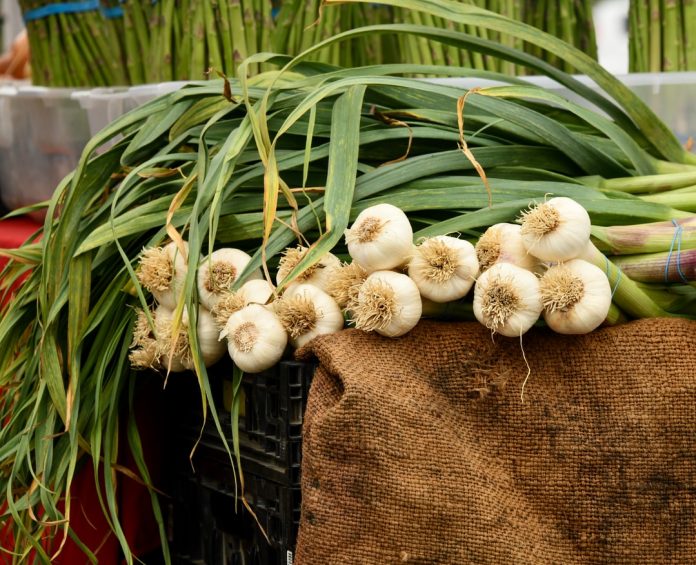 As promised/threatened last month by the organizers of the annual San Joaquin Asparagus Festival, a new garlic festival is coming to the Central Valley ostensibly to replace the canceled Gilroy Garlic Festival.

The Noceti Group, and its head Tom Noceti, immediately seized on the late April news that the organization behind the 43-year-old Gilroy Garlic Festival were pulling the plug on their event indefinitely. The reasons for the cancelation were several, the biggest of them financial, but recent nearby development by the festival grounds had made parking a major hassle involving shuttle buses as well — and then there was a mass shooting three years ago that soured things as well.

About a week after the announcement out of Gilroy, Noceti took to Facebook, via the Asparagus Festival’s page, to announce his intention to put on a new garlic festival elsewhere.

“We heard the extremely sad news that the Gilroy Garlic Festival will not be holding their annual big Garlic festival,” Noceti wrote. “We just couldn’t let that happen! The Noceti Group is thrilled to announce we will be hosting the Garlic Festival this year. More details to come soon!”

Organizers of the Gilroy event were understandably miffed, and longtime Gilroy garlic grower Ken Christopher spoke out, telling KTVU this was like “a vulture feeding off a wounded corpse,” and saying to KPIX, “They haven’t reached out to anyone at the Gilroy Garlic Festival Association, the city, or my company. It’s a little irresponsible of them to use our legacy to promote themselves.”

Noceti responded, telling KPIX, “I don’t mean to be rude to them folks, but their group made the announcement that there wasn’t going to be a festival anymore. I’m not trying to steal their festival. I’m just trying to keep it going for the non-profits, for agriculture, and the people.”

The true nature of Noceti’s intentions aside, KXTV is now reporting that Noceti has set a date for what he’s calling the California Garlic Festival. It’s set to happen August 13 to 14 at the San Joaquin County Fairgrounds, the same fairgrounds where Noceti’s asparagus festival happens in May.

Noceti acknowledges that this might not be the best venue, given that garlic is actually grown further west. However it’s been decades since the Gilroy-Hollister area of San Benito County was the actual center of garlic farming, though a lot of processing and dehydrating of garlic still goes on there. The vast majority of California’s garlic is now grown in the western parts of San Joaquin and Fresno counties.

The California Garlic Festival, therefore, may move elsewhere, but Noceti says the San Joaquin County Fairgrounds will be the venue for at least this inaugural fest. And apparently he’s working on buying the naming rights.

“The problem with that is it should be over in their region over there, where it came from,” Noceti tells KXTV. “It’s not going to be called the Gilroy Garlic Festival no more, but it is going to be a garlic festival. All those naming rights will be coming out here very shortly.”

There’s already a significant difference with this new garlic festival: There will be a show of “hot rods, muscle cars, and low-riders” as part of a “Show and Shine Car Display,” and “monster-car rides.” Also, there will be a “Miss California Garlic Festival Scholarship Pageant and Princess Program.” And there will be the usual cooking demonstrations, too, an event posting says.

Admission will be $15 for adults, $10 for children, and free for seniors, military, and kids under 5.

Related: Tensions mount over the canceled Gilroy Garlic Festival and its proposed move to Stockton by Asparagus Festival people