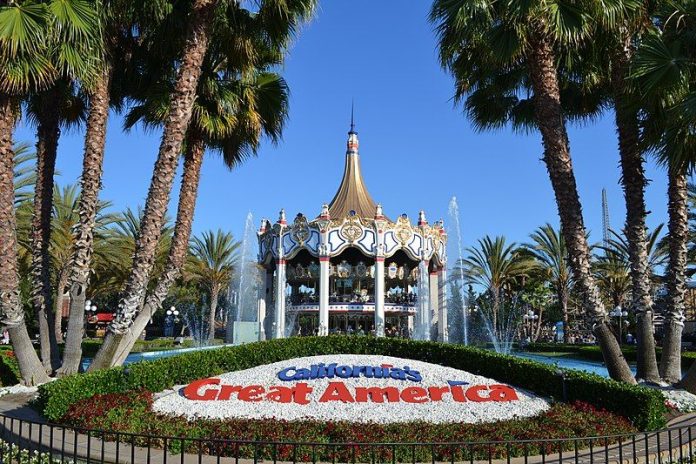 Great America’s Land Sold to New Owners, It Will Close in Six Years or ‘Up to 11 Years’

Santa Clara’s beloved amusement park Great America has been sold, and the new owners will allow it to remain the Great America you know for only another six years, or maybe as many as 11 years.

Some shocking news Drop Towered on to fans of the Santa Clara amusement park Great America late Monday afternoon, and it sure looks like we only have a few more summers worth of Xtreme Skyflying at the park. KRON4 reports that the land beneath Great America has been sold to SF-based real estate trust Prologis for a reported $310 million. But the Chronicle reports that the park will for sure eventually close, or at least turn into something else, as the amusement park operator Cedar Fair will still operate the place for six years, or “for a period of up to 11 years.”

The Bay Area News Group first reported the sale late Monday afternoon, and dug through the finer points of the Securities and Exchange Commission filings on the deal. “Cedar Fair also has an option to extend the lease agreement with Prologis by up to five additional years for a total of as many as 11 years,” the news group reports. “Some verbiage in the language of the rental agreement that was outlined in the SEC filing could point to an even shorter shutdown event horizon for the theme park.”

So it’s pretty murky how long, beyond the initial six years, that Great America will remain Great America. Prologis is not really a household name, but their website lists Amazon, Walmart, and UPS as their clients.

KTVU has a statement from Great America’s owners, Cedar Fair. “We chose Prologis as our partner because of their deep ties in the Bay Area and their reputation for working closely with local communities on large developments,” Cedar Fair CEO Richard Zimmerman said in the statement. “For our investors, the sale and lease agreements allow us to monetize a high-value asset in the heart of Silicon Valley at a very attractive multiple.”

I don’t run with enough real estate types to know exactly what “a very attractive multiple” means. But I do know what “high-value asset in the heart of Silicon Valley” means, and an amusement park does not fit that description. Amazon warehouse or fulfillment center fits that description.

According to a Bay Area News Group report from March 2019, Cedar Fair bought the land from the city of Santa Clara for $150 million just three years ago (they had previously been leasing the land). They just flipped it for twice that amount. Nice real estate move, but it makes you wonder if the city of Santa Clara got taken for a ride.

Facebook
Twitter
Pinterest
WhatsApp
Previous articleUnable to Rage on Twitter, Trump Unleashes ‘Truth’ Storm on Truth Social About Bombshell Jan. 6 Witness
Next articleThe Stud’s Former Home Got Thoroughly Tagged On Pride Weekend, and Then Countertagged On Top of That