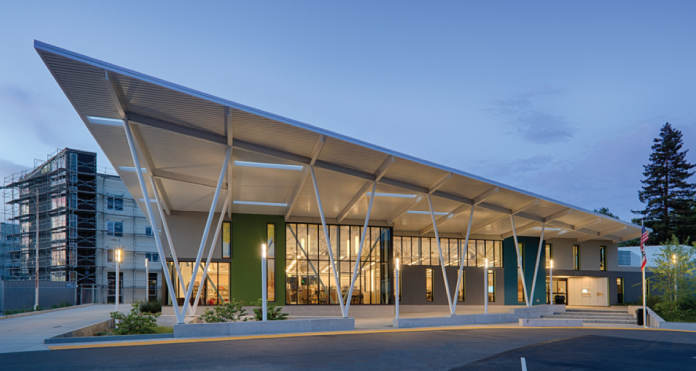 On Saturday afternoon, SF-based drag queen Panda Dulce was reading during Drag Queen Story Hour at the San Lorenzo Library when between eight to ten alleged Proud Boys stormed the room, shouting homophobic and transphobic slurs — and forcing all in attendance to hide in a back office before being escorted away from the event by library security.

The same day over thirty white supremacists crammed inside a U-Haul en route to Coeur d’Alene, Idaho’s official Pride Parade, another group of alleged Proud Boys ran into a Bay Area library to disrupt a local drag queen storytime reading. While it’s unclear yet if the men — who, shockingly, were described by police as “extremely aggressive with a threatening violent demeanor causing people to fear for their safety” — were members of the Proud Boys organization or if they were just run-of-the-mill assholes, the Alameda County Sheriff’s Office is now actively looking into the incident as a hate crime: “[An] active hate crime investigation is underway, as is an investigation into the annoying and harassing of children.”

In an initial report by KQED, Dulce had also mentioned that the present hateful men were also trying to record the incident on their phones, as well.

“They got right in our faces. They jeered. They attempted to escalate to violence,” Dulce wrote in a now-removed Instagram post, noting that the confrontation “totally freaked out all of the kids.”

A right-wing militia was arrested for planning to attack Pride in Idaho.

Nevertheless: Dulce managed to muster up the strength and returned to the library, finishing the reading that was skewed toward preschool-aged children in honor of Pride Month.

Buzzfeed News noted that Alameda County Library, which oversees the San Lorenzo branch, said in a statement over the weekend it would still continue to celebrate Pride Month and offer programming that’s representative of the East Bay’s diverse community.

“Libraries are open to all and are places that foster inclusion of all our communities. Attempts to intimidate and silence others are not tolerated in libraries,” the statement reads. “We are grateful to Panda Dulce for showing bravery and resilience and finishing the Storytime event.”

As for Dulce? The queen, who has been doing these readings for over five years now, said she won’t be stopping anytime soon — regardless of Saturday’s dehumanizing chaos.

“I can’t describe the spark in a queer kid’s (and yes, we can tell) eyes when they see you,” she wrote on Instagram, as mentioned by Buzzfeed News. “It’s like their gender is being acknowledged for the first time.”

Update: Panda Dulce also spoke with ABC 7, and they report that the Proud Boys were flashing “white power” signs while they were being videotaped.

“”A lot of people are asking me like, do you feel safe? Are you okay? And the answer is no, I don’t. I don’t feel safe in my own home,” Dulce said. She added, “They were successful in scaring us, but they weren’t successful in their ultimate goal which is to make us go away because of their own discomfort with the diversity of our world. They failed in that.”

Also on Sunday, state Senator Scott Wiener received a bomb threat at his home in San Francisco, as well as his office.