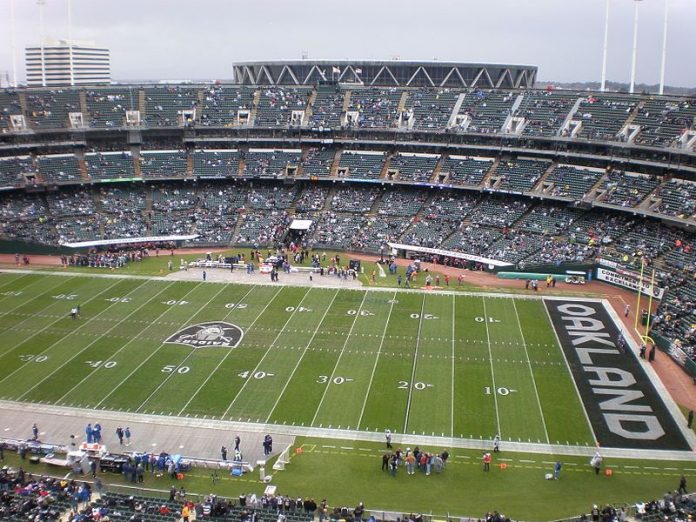 The Raiders may be long gone, but new calculations reveal that the team took a loan from the city of Oakland, let the interest run its total up to $190 million, and then left for Las Vegas without the city even asking for the money.

The Super Bowl and the NFL season are now over, but are you ready for some more football? Or rather, some investigative reporting from the Bay Area News Group on how the Raiders left Oakland with $190 million in debt that the team never paid off? The news group acquired a financial audit from the firm of Macias, Gini & O’Connell which found that infuriatingly, the “[Coliseum] Authority has loans receivable from the Oakland Raiders in the amount of $189,726,358 in the fiscal year 2020,” but “The Authority has not adopted a methodology for reviewing the collectability of Raiders loans.”

To be fair, the Raiders did put up their Alameda training facility as collateral, which the city of Oakland now owns. But the value of that facility is a small fraction of $189 million. So Oakland was taken to the cleaners pretty thoroughly on this one. As Stanford University economist Roger Noll described the arrangement as being akin to “getting a bank to accept the title to your dog house as payment for your home loan.”

How did this happen? Older folks may remember bits of this trip down memory lane, when back in 1995, the deal to bring back the Raiders from L.A. seemed brilliant. The Raiders would get the money from ticket sales, but Oakland would get a supposed windfall from the sales of Personal Seal Licenses (PSLs), a deal that turned out to be a disaster for Oakland. But the Raiders were also hurting for money in the years after their return, with a relatively small market and dismal ticket sales.

And so the Raiders were allowed to renegotiate their loans for stadium improvements. The city took their 10% interest rate on the loans and renegotiated it down to 6.56% in 1996, then down to 6.07% in 2005. But in one of those renegotiations, the Raiders managed to slip in contract language that allowed them to just default, and let the Alameda training facility settle the debt, even though the loan was so huge that the training facility was not worth anywhere near as much.

The Bay Area News Group reached out to several current and former Oakland officials who were involved in those negotiations, and they got a whole lot of ‘no comment’ in response. “The Raiders are no longer contractually obligated for the loans,” Alameda County auditor Melissa Wilk told them. “Please refer to the Loan Agreement and supplements for clarification.”

The city of Oakland and Alameda County never really tried to get the money back, and given that the Raiders’ second tour of duty on Oakland was a money-loser in every respect, maybe it was better to just cut bait. But considering that the Raiders managed to successfully skip out on a nearly $200 million financial obligation, well, the team really lived up to its name.