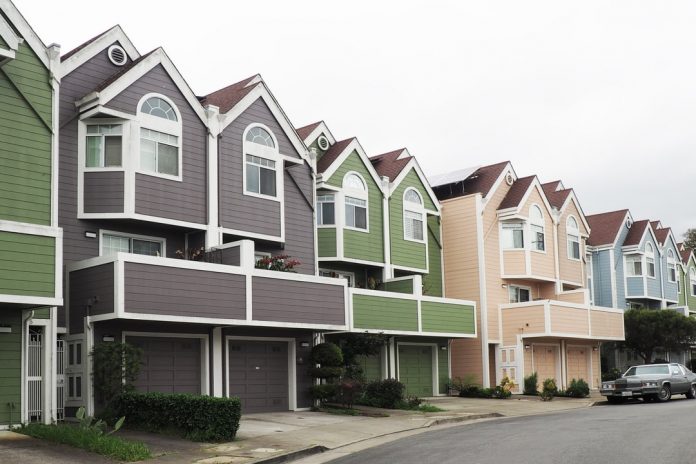 A housing nonprofit aligned with Mayor London Breed, the San Francisco Housing Action Coalition, has now filed suit in what seems to be a last-ditch effort to keep a competing charter amendment about affordable housing off the November ballot. And meanwhile, we learn today that the state Department of Housing and Community Development is launching an unprecedented “housing policy and practice review” with a view toward identifying why SF has such trouble building new housing.

As we reported back in May, the progressive bloc of the SF Board of Supervisors and Mayor London Breed launched competing ballot initiatives aimed at a similar goal, which is to build more housing. But like with all SF politics, there’s a battle being waged over the technical details, with one side pushing for “all housing is good housing and let’s make it as affordable as feasible,” essentially, and the supervisors pushing back and saying “no, we need more subsidized, truly affordable housing.”

Now, as the Chronicle reports, the SF Housing Action Coalition is suing the city’s Department of Elections and will be seeking an injunction to keep the supervisors’ charter amendment — sponsored by Supervisor Connie Chan and backed by her mentor Aaron Peskin — off the ballot.

Todd David, a senior advisor to the coalition, said in a statement, “San Francisco has been experiencing an affordability and displacement crisis that has been the result of underproducing housing for decades. This is too important to get the housing that San Franciscans need.”

Chan responded to the Chronicle saying, “It’s ironic that an organization that believes there’s too much red tape is weaponizing red tape to drive a housing measure off the ballot. We are confident they will fail and voters will choose our common sense initiative to accelerate housing production while creating more affordable housing.”

Swiftly rising construction costs have made developments of all kinds riskier endeavors in the last couple of years, and for-profit developers will argue that raising affordability requirements much higher than they already are in SF will just mean that less housing gets built. Feasibility of projects — or getting them to “pencil” as developers say, meaning they can turn a profit given market conditions — only gets dicier the more onerous a city’s inclusionary housing requirements become.

But on the other side, we have a long-standing argument from progressive supervisors, which is that “trickle-down” affordability isn’t a real thing. Yes, SF could build a ton more market-rate housing and theoretically bring rents down across the board — but will that actually happen in reality? Or is there a bottomless well of demand to live in this city when there isn’t a pandemic and when times are good, which keeps rents high no matter what — save for government intervention?

“I don’t think building market-rate housing will ever trickle down to the poor. It’s a complete fallacy,” said Supervisor Hillary Ronen back in May, speaking to the Chronicle. “The only way you’re going to build enough housing for working-class San Franciscans and homeless and the poor is with government-subsidized housing.”

Both the mayor-backed charter amendment and the Chan-backed charter amendment would aim to streamline the city approval process for projects that are 100% affordable, and for projects that meet lower affordability thresholds — and in the case of the mayor’s proposal that the SF Housing Action Coalition is defending, the threshold is only slightly above the city’s existing requirements for all developments.

Chan’s proposal adds an additional 15% affordable units to the standing requirement, which is 20%, bringing the total to 35% affordable, and it requires the units be priced for a range of income levels. In below-market parlance, this would be between 55% of AMI (Area Median Income) and 110% AMI — with SF’s 100% AMI level being $110,850 for a two-person household. This would translate to maximum rents between $1,410 and $3,124 for a two-bedroom.

As the Chronicle notes, the new lawsuit from the San Francisco Housing Action Coalition, which has the backing of developers, ironically employs the scourge of all developers, the California Environmental Quality Act (CEQA), as its main argument. The suit contends that Chan’s ballot initiative is illegal because it didn’t undergo CEQA review.

The deadline for keeping something off the November ballot is September 12, which is when the city’s Department of Elections sends everything off to be printed, so a court will have to intervene before then. Otherwise, as with so many California elections, there will be two similarly worded but competing ballot measures to choose between, in this case with somewhat but not entirely different goals.

This battle is one example of what the governor’s office may be taking aim at with its new “Housing Policy and Practice Review.” The California Department of Housing and Community Development announced Tuesday that its undertaking this first-of-its-kind audit because “According to San Francisco’s self-reported data, it has the longest timelines in the state for advancing housing projects to construction, among the highest housing and construction costs, and the [Housing Accountability Unit] has received more complaints about San Francisco than any other local jurisdiction in the state.”

The announcement also points to a recent article that suggests that Seattle approves housing at a rate three times that of San Francisco.

“We are deeply concerned about processes and political decision-making in San Francisco that delay and impede the creation of housing and want to understand why this is the case,” says HCD Director Gustavo Velasquez in a statement. “We will be working with the city to identify and clear roadblocks to construction of all types of housing, and when we find policies and practices that violate or evade state housing law, we will pursue those violations together with the Attorney General’s Office. We expect the cooperation of San Francisco in this effort.”

San Francisco is being saddled with a new housing goal plan in the city’s revised General Plan, known as the Housing Element, which requires state approval and which will mean the city will be required to build 82,000 new housing units in just eight years, by 2031. Should the city fail to meet that goal, it stands to risk billions of dollars in state funds — and other cities around the state are facing similar dilemmas and housing elements that are being rejected for not being ambitious enough.

“In California, we are facing a housing crisis of epic proportions, and it’s going to take all of us, working together, to solve it,” says Attorney General Rob Bonta in a statement today. “The California Department of Justice’s Housing Strike Force is working closely with state and local partners to enforce and defend state housing laws and support California families wrestling with the high cost of housing. We will continue to work with HCD to enforce our housing laws to alleviate this ongoing crisis.”

Facebook
Twitter
Pinterest
WhatsApp
Previous articleDay Around the Bay: Recalled School Board Member Gabriela López is Running Again in November
Next articleChesa Boudin and His Supporters Seize On Revelation About Brooke Jenkins’s Recall Payday: ‘Integrity Is Central to the Job of DA’