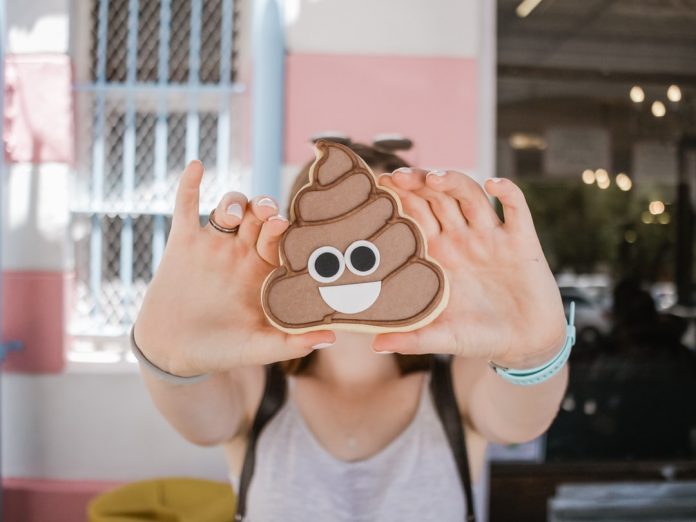 It Will Always Be More Profitable/Clickable to Shit On San Francisco, So People Will Always Do It

Being a San Francisco-basher gets you a lot of cred on Twitter (and Fox News) these days, as an Examiner columnist points out. But lots of people have been at this game for many years.

Longtime readers of SFist know that we’re no fans of the now cliché but still oft-repeated genre of essay known as “This Is Why I Left San Francisco” a.k.a. “This Is Why San Francisco Is Irreparably Awful and Now I’ve Seen the Light.”

First off, to get this out of the way: Yes, San Francisco has a number of problems, many of which defy easy solutions and encourage low-hanging-fruit punditry. But it stands to reason that no city is ever all good or all bad, that cities are run by flawed human beings with blindspots and self-interest (and occasional grifter tendencies), and that American cities especially tend to go through cycles of boom and bust, high crime and low crime, favor and disfavor in the eyes of the media, etc. Some years you’re Detroit in the 1950s, and some years you’re Detroit in the 1980s.

The internet and infotainment TV like Fox News, however, encourage hot takes, the more incendiary the better. And if they’re about San Francisco and they come from respected journalists or, even better, “former liberals,” it’s been particularly en vogue to shit on San Francisco for the last decade — the more mentions of actual human feces, the better the engagement/clicks. Conservatives and anyone who firmly believes San Francisco isn’t worth the price of admission love nothing more than to have their beliefs validated by a “former liberal” or “native San Franciscan.”

And a city as unique as ours, with one of the more ridiculous income inequality gaps in the nation, a generally enviable economy but with a lot of rich people and a shortage of affordable housing, an intractable homeless problem and a history of so-called bleeding-heart-liberal politics — at least for the last 50 years or so — is bound to be a target for attack.

I’m not making any excuses here for policies that some may think have been egregious failures, or even for SF politicians who very often are in the game for self-aggrandizement and one-upmanship. I’m just saying, SF is always going to be an easy and popular target, especially for people living in less affluent, lower profile, and less ostentatious places, because when we fumble, it’s fun to laugh at us and believe SF is “over.” And writers who leave SF, in lieu of mourning their loss or taking some even-handed view, often do rhetorical cartwheels to convince themselves and others that they’re much happier elsewhere and SF is a pit.

Wynne, a well-tattooed ex-felon whose Twitter bio says, “Here to speak my truth and my perspective on Politics with no filter or euphemisms,” is a fan of posting videos to the platform in which he publicly shames people on the streets of the Tenderloin for their vagrancy and/or drug use.

As Duran quips, “His superior attitude and general lack of empathy belie the fact that he would still be in prison if not for a judge’s compassion.” Released from jail after two years in December, Wynne once advertised “cocaine buffets” on Snapchat, and Judge Charles Breyer agreed with defense attorneys that Wynne needed treatment over prison — so eight months later, Wynne is like an ex-smoker who publicly shames anyone who lights up, only he does this via Twitter.

@SFPD #cop #culture is to just turn a blind eye and let the drug addicts kill themselves! No #intervention here thanks to the failed @HarmReduction model implemented by our so called leaders @SFPDChief @LondonBreed @GavinNewsom @SpeakerPelosi @Scott_Wiener @SenFeinstein #dems @vp pic.twitter.com/pOdKyODqfb

Tandler, who has about five times more followers on Twitter than Wynne (62K vs. 12K), lists herself as a San Francisco native and “Moderate Liberal,” and Duran notes that she’s built much of her following recently bashing San Francisco from the other side of the country. “Her favorite targets include crime, drugs and homelessness in San Francisco — even though she now lives in New York City,” Duran writes.

Duran points particularly to a rumor that Tandler appears responsible for spreading that dogs in San Francisco are getting addicted to “meth poop,” i.e. the feces of meth addicts in parks. Local vets dispute that this is happening, and experts contend that meth is mostly metabolized and expelled through urine, so yeah, this seems spurious! But when confronted about irresponsibly spreading such an urban-legend-type rumor, Tandler replied, “I don’t think it really matters. The point is that people think this and talk about it.” And, she added, “Yes, engagement is the goal. I don’t make any money off this. It’s my hobby.”

Being a San Francisco native who’s now super down on the city is all but guaranteed to get you internet attention these days. Tech journalist, former Vice News Tonight reporter, and SF native Nellie Bowles falls in that category, after her June essay published in the Atlantic titled “How San Francisco Became a Failed City.” Pegged to the recall of Chesa Boudin and published the morning after the recall vote, this is now a classic in the “Why I Left San Francisco” genre, complete with half-truths and misinformation about homelessness and a firm agenda to justify why she now lives in Los Angeles with her semi-conservative journalist wife, Bari Weiss. (Weiss recently did an interview, celebrated by many conservatives, with former Attorney General Bill Barr, who now gets to talk tough about Trump after being his devoted lackey for two years.)

Duran points out how this ecosystem of SF bashers now supports itself in many ways — Bowles quotes Tandler in her essay, for instance. Tandler, in turn, promoted Michael Shellenberger’s book San Fransicko and told followers to “give it a read.” And one could argue there’s some symbiosis here with the anti-Chesa crowd, though that gets a bit more complicated — it’s true that many people all over the political map voted to recall Boudin, and Duran himself wrote an opinion essay for the New York Times about this after the recall. “District Attorney Chesa Boudin became a scapegoat for the city’s social ills,” Duran wrote. “His loss in a recall attempt had much to do with California’s chronic failure to deal with homelessness, mental illness and poverty. These issues will persist without him.”

Fox News watchers will undoubtedly nod in agreement and chuckle to themselves when the likes of Tandler et al get called in to be a talking head on Tucker Carlson or whatever,

In a strange, prose-poetry-like Twitter thread from last December, Tandler explained why she’d become an SF-basher on the platform, disputing the idea that she is “fueling” the “Fox News Narrative.” (The thread also jumps on board with liberal-turned-anti-liberal Matt Taibbi’s controversial opinion that the Left is more tyrannical in its belief system than the Right.)

“I’m exploring these issues because I don’t want to see the rest of our country look like SF,” Tandler wrote. “What’s happening here should be a warning about what happens when people pick a side & hate-vote against others.”

Is that what’s happening here? We’re hate-voting against our own interest?

Anyway, tell your parents and grandparents to take such expert pundits with a grain of salt. When the pendulum swings on San Francisco again, which it inevitably will, they’ll either get on board or be far less popular on social media.