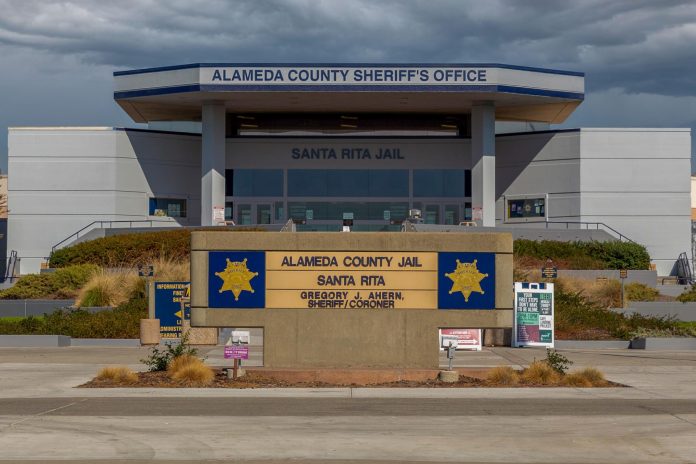 Another abuse-of-an-incarcerated-person scandal at the beleaguered Santa Rita jail brings a new lawsuit against Alameda County, after they jailed a man for not wearing a mask on AC Transit, then allegedly denied him his medication and he died behind bars.

Few California correctional facilities have as terrible a reputation as Santa Rita Jail in Dublin, the Alameda County mega-jail known for some revolting behavior by guards, and one of the highest in-custody death rates in the state. The place has racked up so many civil lawsuits that it is now under court-appointed external supervision, but there are still plenty of past cases of alleged abuse at the facility working their way through the courts.

Add another one to the docket, in what sounds like another heartbreaking failure of the justice system. 45-year-old Maurice Monk of Oakland was jailed on charges stemming from not wearing a mask on AC Transit in October 2021. Monk, who was mentally ill and additionally had high blood pressure, was allegedly not given his medication while in custody. KTVU reports he died in jail a month later, and a new lawsuit from his family claims he died over being denied that medication.

The family Maurice Monk of Oakland died in Santa Rita Jail filed a lawsuit Monday alleging that the 45-year-old man was denied adequate health care. He was arrested for not wearing a mask on a bus. https://t.co/4emdzT0LHu

“Jail Staff found the 45 year-old football coach laying unresponsive in cell just over a month after he was initially brought to Santa Rita,” the text of the lawsuit says. “This foreseeable yet readily preventable death was the result of Mr. Monk being denied adequate medical care despite his family’s repeated efforts to ensure Jail staff gave him the medications he so desperately needed.”

“Mr. Monk became the 57th death to occur at Santa Rita Jail since the year 2014,” the complaint says. “In fact, Mr. Monk was not even the only person to die that day at Santa Rita – adding another tally to the Jail’s shameful record of outpacing every jail in the country for inmate deaths per capita.”

The arrest itself was odd. According to a prior KTVU report, Monk was arrested on June 2, 2021 when he was not wearing a mask on AC Transit, and became argumentative with the driver, who called the police. (According to court documents, Monk also told the driver he would “fuck him up.”) Monk reportedly missed a court appearance, though the family claims he was there, and a deputy turned him away. Monk was taken into custody over a misdemeanor charge of making a criminal threat, and then died in prison, with his family claiming he was denied his medications.

Santa Rita Jail spokesperson Lieutenant Ray Kelly tells KTVU that Monk simply died of natural causes. “It’s unfortunate when a person passes away at our jail,” Kelly told the station. “Many of the people who come to us suffer from serious illness, poverty and lack of access to regular external health care in the community.”

But the suit details a number of other in-custody deaths over alleged medical malpractice, and stunningly, also an incident wherein the jail’s medical director allegedly “was discovered to be unlawfully self-prescribing opioid pain medications for the previous five months and practicing medicine while impaired.”

It’s encouraging that there is, literally, a new sheriff in town in Alameda County to oversee the troubled facility. The far more progressive Yesenia Sanchez was elected last month, and had promised to reform the culture of that jail. That said, Sanchez will not take office until January 2023, and there’s a long list of past indiscretions still haunting that facility.

The lawsuit from Monk’s family does not specify a dollar amount for which they are suing, but asks for a jury trial, and damages for wrongful death.