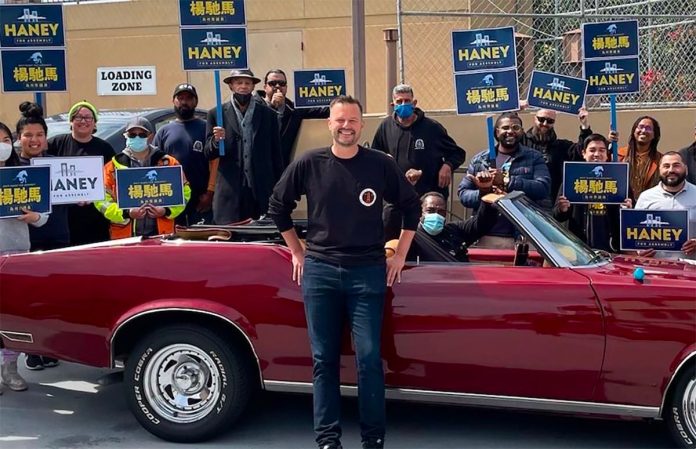 SF’s District 6 will be getting a new appointed supervisor and the city is getting a new face in the Assembly after Tuesday’s runoff election — it’s just that we’ll have to vote on this seat twice more this year.

Matt Haney prevailed in yesterday’s special election against former Supervisor David Campos, and this time it was not close. Removing other candidates from the election and throwing in TV ads with Barack Obama’s endorsement of Haney for Supervisor must have helped Haney, as he got 63% of the vote.

This was with a voter turnout of 23%, nearly all of which was mail-in votes. That’s significantly lower than the 36% turnout from the February primary for this same District 17 Assembly seat — but some of that turnout was clearly about the other thing on the ballot, the recall of three school board members.

In the February primary, Haney and rival David Campos were separated by just 700 votes, with a third candidate, entrepreneur and YIMBY endorsee Bilal Mahmood, taking just over 22% of the vote. Mahmood ultimately gave his endorsement to Haney, and congratulated him on Twitter.

With both Haney and Campos having progressive credentials, this election to represent the densest half of San Francisco in the State Assembly came down to an argument over housing. Campos cast himself as a champion of affordable housing and an opponent of corporate interests, while Haney and the well-funded PAC behind him tried to cast Campos as being too anti-development.

In particular, as the Chronicle notes today, they attacked Campos for his 2015 proposed moratorium on all market-rate housing development in the Mission, back when he was a supervisor.

During the campaign, Campos referred to the moratorium — which was ultimately voted down — saying, “If I had to do it, again, I wouldn’t do it. We need housing of all types, including market-rate housing.”

Haney seized on the housing message in his victory speech at Victory Hall bar (360 Ritch), per the Chronicle.

We won nearly every precinct.

At his own event at El Rio, Campos conceded the election by Tuesday night, saying, “We may have lost tonight, but the battle for the soul of San Francisco is not over.”

This election removes Haney as a potential rival for the mayor’s office when London Breed is next up for election, and happily for her, this also gives her a seat on the Board of Supervisors to fill.

It’s been assumed that Campos would continue to battle it out for this Assembly seat with Haney in June, and again in November. That is because this election only fills the seat through the end of what would have been David Chiu’s elected term, and there will be a primary and another general election for the seat this year.

But with a 26% margin separating him from Haney, it seems like a tough hill to climb in just two months’ time.

Still, turnout could be better in the June election, when motivated voters will want to chime in on the recall of District Attorney Chesa Boudin, so the landscape could change. Also, the lines of District 17 change for this next election as well.