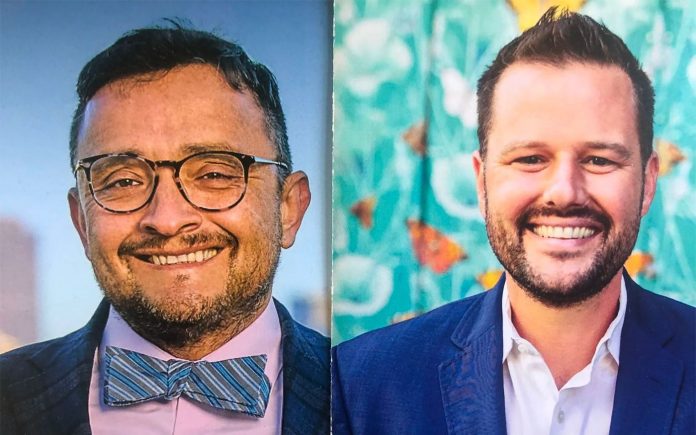 Today’s the day that San Francisco voters decide who will take David Chiu’s vacant Assembly seat for District 17 in the state legislature — at least who will occupy it for the next eight months.

Everyone who lives in San Francisco but isn’t entrenched in its often tedious politics likely does not give a major hoot about this District 17 Assembly seat which we just took a vote on two months ago, and, maddeningly, we will be voting on two more times this year! Today, April 18, is the runoff election date between the two top vote-getters in February, current SF Supervisor Matt Haney and former supervisor and former DA’s office chief of staff David Campos. The two were separated by a mere 700 votes in the February primary, so this was largely a get-out-the-vote race between progressives — many of whom support Campos though Haney has mostly been considered a progressive during his Board of Supervisors tenure too — and moderates, who may be leaning toward Haney.

And just to back up, this seat is open because Mayor London Breed had the opportunity last year to appoint a new city attorney, and she named Chiu. Chiu’s original Assembly term is up at the end of 2022, though, so there’s another fucking primary in June for this same seat, and there will be another election for it in November.

Also riding on this election is whether Mayor London Breed gets to name Haney’s successor to the Board, potentially shifting the balance slightly more in her favor after a contentious couple of years between Breed and the Board she once sat on. If Campos wins, it’s a double win for progressives, who will maintain their solid majority on the Board. (Before Haney became an Assembly candidate and a Breed endorsee, he was sounding a lot like a potential rival for the Mayor’s Office, and he and Breed were often at odds on issues.)

Given how small the margin is likely to be again between Haney and Campos, you can bet that they will both be running again in June and November, unless some popular third candidate enters the mix in June.

Also, the Assembly districts will be slightly different for the next election cycle, with redistricting at the state level having already occurred earlier this year, following the 2020 Census.

The vote-by-mail and dropbox vote totals as of today show turnout is quite a bit lower than in February, with 20% of ballots already in.*

*This article has been corrected to show that mail-voting and overall turnout was significantly lower than the February primary, which saw a 36% turnout.