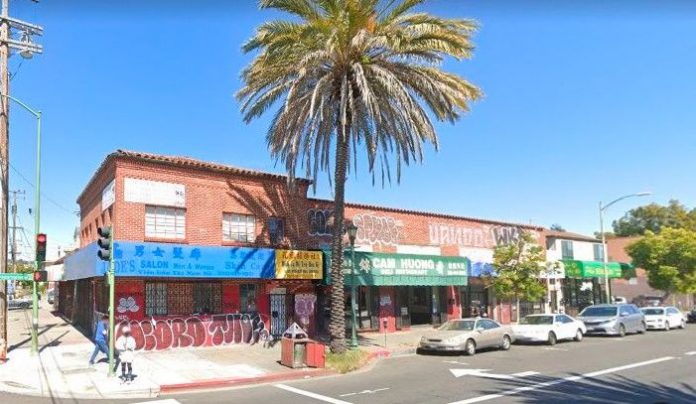 A strip of International Boulevard near Lake Merritt that is packed with Vietnamese-owned businesses says they’re seeing a surge in crime, and want the same help from City Hall given to Oakland’s Chinatown.

According to a new KGO report, the primarily Vietnamese small business owners say violent crime there is “increasing exponentially on the daily,” in the words of Cam Huong Cafe & Deli owner Lele Quach.

Consider the words of Lucky 7 Cigarettes owner Oanh Trinh one block away, who says her shop has been robbed seven times in recent months. “”Some guy drove a truck and hit my store three or four times, and everything is broken,” Trinh said, with KGO adding the kicker that tire marks “are still present on the store floor.”

These concerns were voiced at a meetup apparently organized by the Oakland Vietnamese Chamber of Commerce, and a common thread was that shop owners don’t feel they’re getting the same community support as Oakland’s Chinatown neighborhood is getting.

But one Oakland official (who has eyes on the mayor’s office) was present and spoke up at the meeting.

“Please don’t leave, number one. I’m here, I hear you, I see you,” said Oakland District 4 Councilmember Sheng Thao, who also happens to be running for mayor. “I’ll contact them, we’re getting together to have a conversation on how can the city be better in investing in Little Saigon, but public safety as well.”

For now, the Oakland Vietnamese Chamber of Commerce is running a crowdfunding effort for Little Saigon, where “funds will go towards high-quality cameras, beautification projects, and public art to contribute to a welcoming neighborhood and a sense of belonging.” And if you want to support that community in person, the chamber has also co-organized a Saturday event World Refugee & Immigrant Day Celebration at nearby Clinton Square from 4-7 p.m.