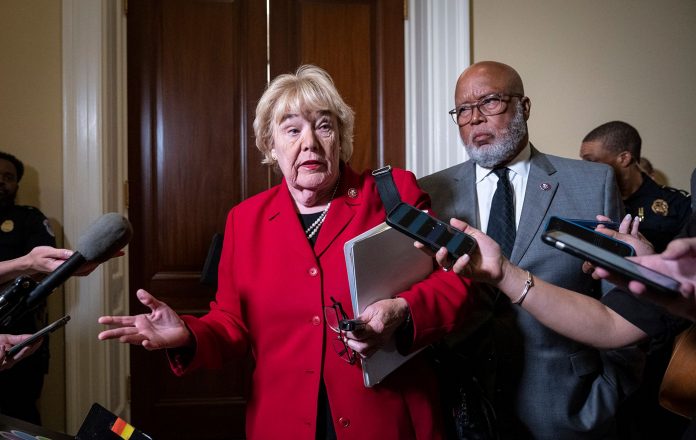 Congresswoman Zoe Lofgren has, in the course of her career, been on the inside of the impeachments of three presidents, but she says that what the House January 6th Committee has been engaged in is still unprecedented for Congress.

“I’ve never been involved in an investigation as wide-ranging and as in-depth as this has been. It’s been quite an education, frankly,” Rep. Lofgren says in a new interview with KPIX.

Lofgren has been front and center in the hearings, particularly Monday’s, in which the committee focused on the millions of dollars in donations that Trump solicited after the 2020 election for something he called the Election Defense Fund — which lawmakers say never existed.

“[Trump] peddled the fraud and lies and raised hundreds of millions of dollars from his supporters who believed him,” Lofgren tells KPIX. “I think the average donation was under $20 — these were donors who were not rich, but they responded to his appeals, which were fraudulent. And I don’t think that’s right.”

Lofgren adds, “The funds were spent on other things, they weren’t spent on litigation or to defend the election in any way. And of course now they’ve gone into his super-PAC, which has used funds… they paid part of the January 6th rally costs. Money was funneled in to his former chief of staff, Mr. Meadows, and to entities that employed unemployed people from the White House. Not what donors were told.”

Right, so, Trump continued to be a grifter before, during, and after his second lost election — second loss by popular vote anyway — and this should surprise no one except, perhaps, those duped donors.

Is anyone listening? Will these hearings do anything to move the needle on Trump’s enduring popularity among our country’s most aggrieved, anti-immigrant, and deluded Republican voters? Probably not.

The committee is continuing to work in the background on potential legislation — which the Senate will never pass — to try to prevent another January 6th situation from happening. But will they pass something that will prevent Trump from becoming president again? Will any criminal charges, against Trump or anyone, come of this? That would be unprecedented territory that the Justice Department won’t take lightly.

California Rep. Adam Schiff, who also serves on the committee with Lofgren, told the Associated Press last week of their work, “Once the evidence is accumulated by the Justice Department, it needs to make a decision about whether it can prove to a jury beyond a reasonable doubt the president’s guilt or anyone else’s. But they need to be investigated if there’s credible evidence, which I think there is.”

And Maryland Rep. Jamie Raskin said on CNN that the committee’s intention is not to “browbeat” Attorney General Merrick Garland with what they’ve found.

“I think that he knows, his staff knows, the U.S. attorneys know, what’s at stake here,” Raskin said.

Top image: Rep. Zoe Lofgren (D-CA) and Rep. Bennie Thompson (D-MS), Chairman of the Select Committee to Investigate the January 6th Attack on the U.S. Capitol, speak to reporters at the end of the second hearing on the January 6th investigation in the Cannon House Office Building on June 13, 2022 in Washington, DC. The bipartisan committee, which has been gathering evidence for almost a year related to the January 6 attack at the U.S. Capitol, will present its findings in a series of televised hearings. On January 6, 2021, supporters of former President Donald Trump attacked the U.S. Capitol Building during an attempt to disrupt a congressional vote to confirm the electoral college win for President Joe Biden. (Photo by Drew Angerer/Getty Images)