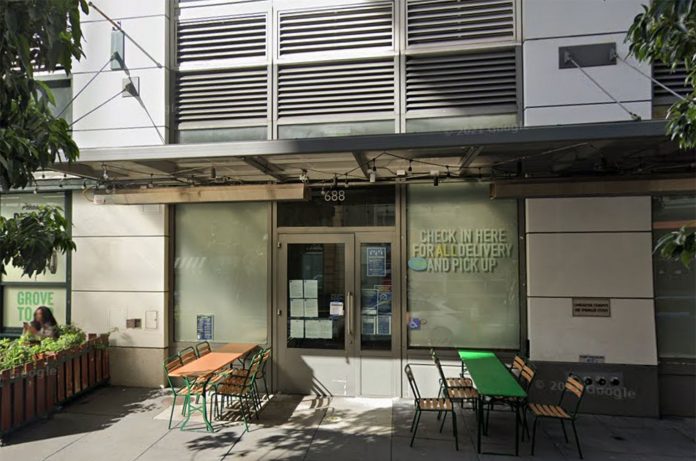 The owners of The Grove, the mini-chain of comfort-food restaurants around SF that went from four locations to two during the pandemic, are expanding with a second restaurant concept, a NY-style pizzeria called Empire Pizza.

The first location of Empire Pizza is opening in a couple of months in the space formerly occupied by Pizzeria Delfina’s short-lived Yerba Buena location at 688 Mission Street. As the SF Business Times reports, the concept is pretty simple: Owner Ken Zankel wants to create a pizzeria “inspired by the pizza he grew up with as a kid in the Bronx and over the subsequent years in Manhattan.” And, Zankel told the paper, “The atmosphere is going to be old school with some New York edge and grit.”

The space also happens to be directly next door to The Grove’s extant downtown location, which is at 690 Mission Street.

It’s a promising opening given the slow recovery of downtown foot traffic in general, but clearly the Zankels don’t believe downtown is going to stay quiet for long. Ken and wife Anna launched The Grove in 1999, which ultimately grew into a robust restaurant and catering business. But they met when Ken opened his first SF restaurant, the Marina’s Zinzino, which featured Neapolitan pizza and where Anna was the designer Ken hired.

Regarding the genesis of Empire Pizza, Zankel tells the Business Times, “The rest is history. Ever since [Zinzino], we always said, ‘someday we absolutely have to do real New York.'”

They’ve hired 10-year Pizzeria Delfina vet Brandon Wells to be the chef for Empire Pizza, and Zankel says they recently took a reconnaissance trip to Manhattan and Brooklyn to sample 15 of the best pies they could find.

The goal will be to recreate the thin-crust, hand-tossed, molten-cheese, big-slice style of New York pizza that remains a true rarity around the Bay Area — connoisseurs usually point to the Mission’s Arinell as the closest local approximation. (Incidentally, Arinell’s longtime owner Ron Demirdjian told SFGate earlier this month that if business doesn’t pick up, he may have to close the place.)

And there will, of course, be beer and wine — with a license currently pending.

Empire Pizza is planning to be open for takeout starting in June, and sit-down service is expected to begin by August.