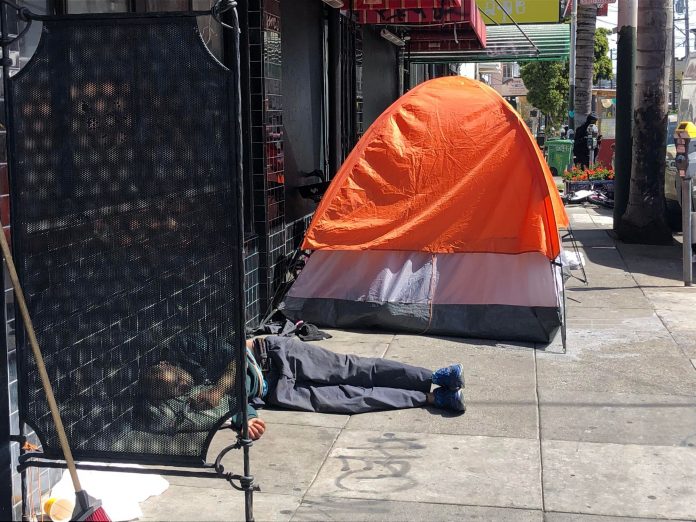 Report: An Estimated 20,000 San Franciscans Will Experience Homelessness In 2022

A new addendum to this year’s Homeless Point-In-Time Count paints a much starker picture than we’d realized, as it estimates that an astonishing 20,000 people in San Francisco will experience homelessness at some point this year.

The biennial Homeless Point-in-Time Count, informally known as the “homeless census,” skipped its 2021 iteration for obvious COVID-19 reasons. So when San Francisco finally conducted its delayed count this past February, there was plenty of anticipation whether the city’s pandemic sheltering efforts had put a dent in the quantifiable number of people on the streets. And it initially appeared that yes they had, as this year’s count indicated hundreds fewer on the streets, with a 3.5% drop in unhoused people, and a 20% increase in people who were being provided assisted housing like shelters.

But we always knew that count was highly flawed, as it only took into account data from one single night of the year. Experts have always argued that the number of actual unsheltered people in San Francisco could be twice as high as what the Homeless Point-in-Time Count indicates, and at any rate, many people go in and out of being unsheltered over time.

Those fears are confirmed. The Chronicle reports on a new update to that count that estimates numbers over the entire year instead of just one night. And that update makes an educated estimate that 20,000 people will experience homelessness in San Francisco over the course of 2022, adding new context to numbers provided by the city’s Department of Homelessness and Supportive Housing (HSH).

“HSH estimates that while 7,754 homeless individuals were observed on the night of the PIT Count, as many as 20,000i individuals may experience homelessness in San Francisco over the course of a full year,” according to the just-released (and more comprehensive) San Francisco Homeless Count and Survey. “Analysis of these figures suggest that for every household San Francisco is able to permanently house through its Homelessness Response System, approximately four households become homeless.”

So yes, for every step forward San Francisco takes in housing unsheltered people, it also takes four steps back.

“There’s been some good progress made, but the fact of the matter is that people are falling into homelessness faster than we can house them,” founder and CEO of the advocacy group All Home Tomiquia Moss told the Chronicle. “We know how to house people, but we have too little of what we need.”

The wildly higher estimate comes from a broader methodology. As the Chronicle explains, the updates study crunches “a variety of figures including those from the city’s homeless information tracking system, the Department of Public Health and a formula used for many years by the Corporation for Supportive Housing, a nonprofit that studies poverty and promotes housing with services for homeless people.”

The Chron also details that the city’s homeless demographics are still disproportionately Latinx and Black, and the Latinx percentage increased during the pandemic. A separate Chronicle report notes which neighborhoods saw the largest increases in homelessness (Mission, Fillmore, Haight, and Sunset).

Despite the staggering figures, it’s still true that we’ve made more headway on getting people housed than we have in a generation. “Over 8,000 households exited homelessness from January 2019 to January 2022 through Permanent Supportive Housing, Rapid Rehousing, Prevention and Problem Solving interventions (including relocation assistance),” the report says. “However, HSH’s placements to housing have not been able to keep pace with inflow of people who become newly homeless or return to homelessness throughout the year.”