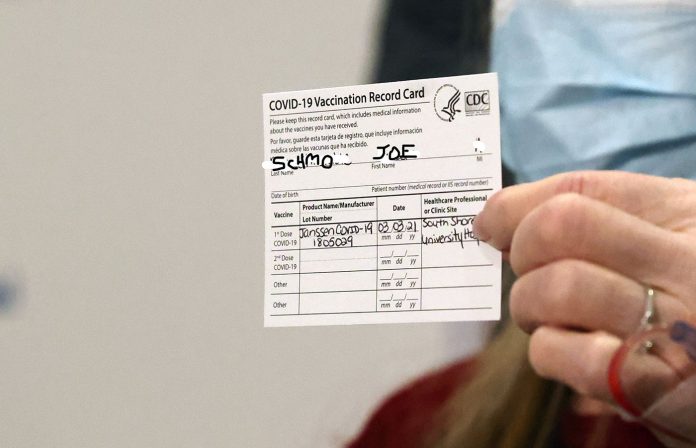 For the first time in six months, you’ll be able to enter a bar or restaurant in San Francisco without showing your vaccination card starting on Friday, March 11.

The vaccination-proof requirement that began during the Delta surge last August is dropping away a month after the mask mandate did in San Francisco. And this is no doubt welcome news for hosts and doorpersons citywide — though you can expect some businesses to continue checking cards at their discretion.

While SF’s daily COVID case numbers haven’t yet dropped to the low double digits where they were during lulls last June and last November, they seem to be headed there quickly, along with the rest of the city. As of March 1, the most recent available seven-day average for daily cases, San Francisco was seeing 110 new cases per day, or about 12 new cases per 100,000 residents. That represents about one-third of the daily cases seen during the Delta peak, and a small fraction of the daily cases at the peak of Omicron, when the city saw 2,400 new cases in one early January day. The majority of new cases being recorded continue to be among the city’s few unvaccinated people — at present, SF has a vaccination rate of 83% for residents of all ages.

“We are grateful to hear that the city of San Francisco has decided to discontinue the requirement for showing proof of vaccination for indoor dining,” says a statement from the Golden Gate Restaurant Association. “This brings San Francisco in line with the state and we commend the Mayor and the Department of Public Health officials for making this decision. This move to return to a more normal dining experience is a welcome step for our hard hit hospitality industry, which relies not only on residents but also on business travelers and many leisure tourists from outside the Bay Area.”

During the vaccine-requirement era of the last six months, San Francisco health officials say they did not have to issue any fines for non-compliance, though a few restaurants were temporarily shut down for refusing to check vaccinations for indoor diners. (In-N-Out’s only SF location at Fisherman’s Wharf was the only case that got publicity, and within days In-N-Out had reopened just doing outdoor-only dining.)

Tourists from low-vaccination states remain a bit of a threat, but at least it’s looking hopeful that we’ve reached some sort of herd immunity following this last surge, and pending the arrival of some new and awful variant.

“We’re really in a good space in San Francisco in terms of getting past the Omicron surge,” Dr. Phillip said to the Chronicle. “That’s what’s allowing us to take this additional step.”

Vaccine and booster proof will continue to be required for entry into “mega-events” of 1,000 people or more, and that would include high-capacity spaces like the Castro Theatre and the Chase Center.

And some restaurants and bars, out of concern for staff and patrons, will continue to check for proof of vaccines and boosters.

Francis Ang, chef-owner of the new modern Filipino restaurant Abaca inside the Kimpton Alton Hotel near Fisherman’s Wharf, told the Chronicle that they’ll still be checking for vaccine cards because of the number of tourists that will no doubt pass through the restaurant. Restaurants like Zuni that only recently instituted a booster-proof requirement, aren’t likely to drop the rules right away, and the owner of Italian restaurants Montesacro Pinseria Romana and 54 Mint, Gianluca Legrottaglie, also told the Chronicle he still feels like it’s too soon.

Facebook
Twitter
Pinterest
WhatsApp
Previous articleChez Panisse Reopens For First Time In Two Years; Small Protest Greets Them From Next Door César
Next articleMarlowe Reopens In SoMa, Burger and All