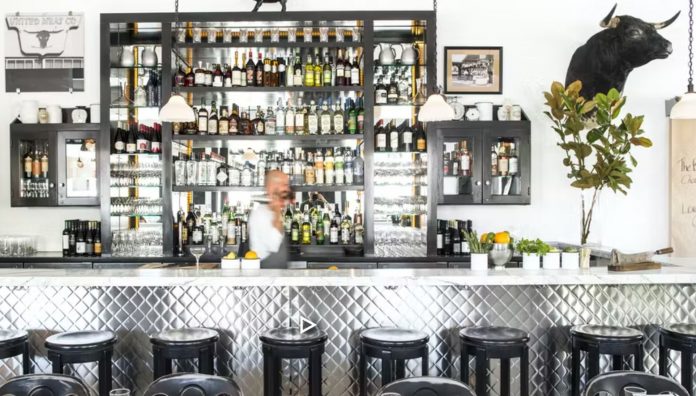 Marlowe Reopens In SoMa, Burger and All

It’s been two years since anyone has had a Marlowe burger, at least inside Marlowe itself, and the well loved SoMa restaurant is finally back open and serving inside and out.

It was way back in July 2021 that we had heard rumblings about Marlowe reopening, but that didn’t end up coming to pass. And former sister restaurant Park Tavern remains closed for renovations.

But chef Jennifer Puccio remains the executive chef at both spots, and she remains a co-owner of Marlowe along with James Nicholas, and the two also still have The Cavalier at Hotel Zetta. But Marlowe, which helped to launch Big Night Restaurant Group, is no longer part of that group — and restaurateur Anna Weinberg looks to be taking charge of Park Tavern and Leo’s Oyster Bar instead, along with Tosca Cafe. (Nicholas and Weinberg were formerly married, and they began separating their business interests last year.)

“I’m excited to bring back what the neighborhood has always loved about Marlowe, great food and atmosphere where everyone always feels at home,” says Puccio in a release.

And Nicholas adds, “We’re getting the band back together,” noting that chef de cuisine James Choate is back in the kitchen as well.

Marlowe isn’t just known for the burger — a fairly simple mix of beef with a little bit of lamb, topped with cheddar, bacon, and horseradish aioli — though that is arguably what put the place on the map when former Chronicle critic Michael Bauer professed his love for it a decade ago. The burger was briefly available as a meal kit back in May 2020, and on the menu at Park Tavern when it was briefly open last year, but otherwise it’s been only the stuff of memories.

Puccio’s other signature dish on the Marlowe menu is the herbaceous poulet vert, a roast chicken preparation with a delectable umami-herb sauce. And there are other items that she characterized as being the things she craves on her day off, like a thick-cut pork chop, and Brussels sprout chips.

You can look forward to a few new additions on the Marlowe menu like warm gougères with Camembert fondue, and a smoked duck salad.

On the lunch menu, along with the return of Puccio’s fried chicken sandwich, there is also the “McMarlowe” barbecue lamb rib sandwich, and a dish of fried green tomatoes with lemon-dill aioli and smoked trout roe.

Marlowe is currently open Wednesday to Sunday for lunch and dinner, and weekend brunch. Starting April 4, they will be back open seven days a week.