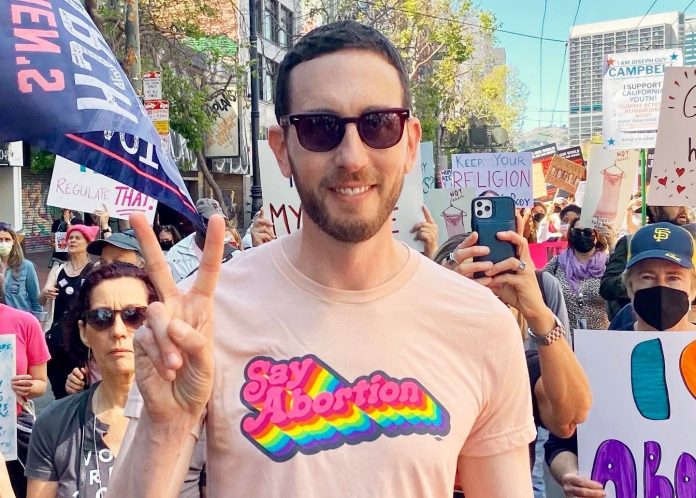 Bomb-sniffing dogs were called in at the home of State Senator Scott Wiener over the weekend, after a message claiming “we placed bombs in his office and his house” was sent to his staff.

Sunday was the six-year anniversary of the Pulse nightclub shooting in Orlando that killed 49 people at the Florida LGBTQ nightclub, and the anniversary was commemorated with a memorial gathering. But a rash of violent acts against the LGBTQ community also marred this very weekend too: an attempted large-scale attack by armed white nationalists at a Pride parade in Coeur d’Alene, Idaho, and closer to home, the violent disruption of a drag queen story hour at the San Lorenzo Library. And we now learn from the Chronicle, bomb threats issued to the home and office of State Senator Scott Wiener, the SF state legislator who’s authored several bills to protect the trans community.

No bombs were found, though SFPD and the California Highway Patrol found the threats credible enough to search Wiener’s home with bomb-sniffing dogs. Per the Chronicle, “San Francisco police released a statement Sunday evening that the threat remains ‘an open and active investigation.’”

A right-wing militia was arrested for planning to attack Pride in Idaho.

“It comes in waves,” Wiener told the Chronicle Wiener Sunday. “On a normal ‘slow’ week, I’ll get three to five death threats. This week, it has been between 20 and 30.”

“It’s scary, and definitely a first,” he continued. “I couldn’t go home for a few hours until the bomb-sniffing dogs left.”

Note: We are embedding a copy of the threatening email below, posted by a Wiener staffer. Naturally, it is violently homophobic and profane, and riddled with phrases threatening that Wiener “will die today,” “You bastards all deserve to die,” “We will kill you,” and “we placed bombs in his office and his house.”

As a queer, nonbinary person working for an openly gay elected official, I’ve grown accustomed to the dread that accompanies emails threatening his life and devaluing mine.

That’s why this Pride Month, on the anniversary of the Pulse Nightclub Massacre, I’m begging for change. pic.twitter.com/IjBb2Zdj3Z

Wiener noted that the bomb threat was “a first,” but the attacks on him for authoring co-sponsoring trans rights legislation are nothing new. Any search of Wiener’s name on Twitter will show endless hate-filled right-wing posts accusing Wiener of pedophilia and “grooming” for his bills that would treat straight and LGBTQ people the same under sex offender registry laws.

Even if you disagree with Weiner on his developer-friendly housing bent, or his support for recall-mania, it is very easy to compartmentalize those positions from his trans and LGBTQ advocacy, and how these make him a lightning rod for the QAnon-adjacent to link progressivism with child molestation or “grooming.”

And the great irony here is that those Republicans who accused the left of grooming are the same people who elected a child molester as Speaker of the House of Representatives from 1999-2007, have a sitting member of Congress credibly accused of paying for sex with a minor, and have previously elected a member who solicited sex from teens. And  they can’t say a peep about the Southern Baptist Church sexual abuse scandal that has more than 700 alleged victims actually speaking on the record.

To state the obvious, the right-wingers who fancy themselves defenders of children will always ignore real-life sex abuse victims who come forward, and will only attack their cultural war enemies in imagined cases of sex abuse. Yet in the era of Fox News and violent extremism, this has tactic has a shockingly broad reach.

Facebook
Twitter
Pinterest
WhatsApp
Previous articleMan Requires Rescue From Outcropping Below Cliff House Popular With Taggers
Next articlePG&E Not Only Caused the Massive Dixie Fire, a New Report Says It Also Was ‘Excessively Delayed’ In Responding to It