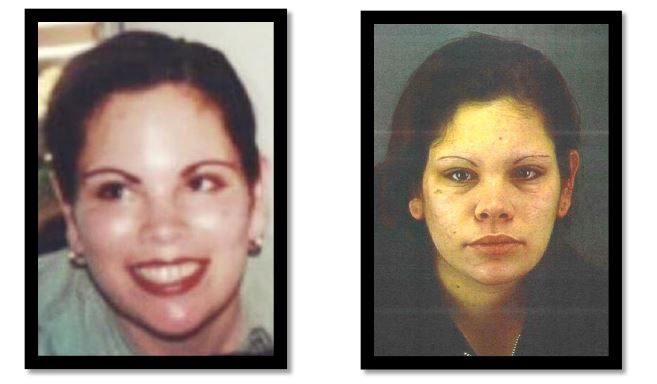 Paula Brien was last seen alive outside a SoMa bar in June 2001. Now SFPD is reopening the cold case of her killing, and offering $100,000 for information leading to the arrest of her killer.

It was June 18, 2001 when 25-year-old Paula Brien was last seen alive, outside what was then Gina’s Bar at Sixth and Mission Streets, and per SFPD, she was “seen with an unidentified male in a red car.” About two hours later, her body was found in an alley six blocks away at 455 Harriet Street. And now 21 years after that, well, that’s still just about all police know.

Brien’s photos are seen above, which is relevant because SFPD is suddenly renewing their interest in the case. According to KRON4, they’s offering a $100,000 reward for “for information that leads to the identification, arrest, and conviction of the suspect(s) in a homicide from 2001.”

As seen in the Facebook post above, SFPD describes that individual as a “white man approximately 5’11” to 6 feet tall, muscular in build, and wearing short pants.” KTVU adds the detail that “he had an East Coast accent and a tattoo on his right arm,” and they have additional photos and video of Paula Brien in the segment below.

With regards to potential suspects, SFPD Homicide Cold Case Unit investigator Dan Cunningham tells KTVU that “There were a couple of people they detained and talked to that fit the description but never panned out.” But they feel that with recent advances in DNA technology, they can retest some of the decades-old evidence they still have, and tips from anyone with information would certainly be appreciated.

“It ruined our family,” Brien’s sister Kerri Walker tells KTVU, referring to the 2001 murder. “Just changed it, never been the same.”