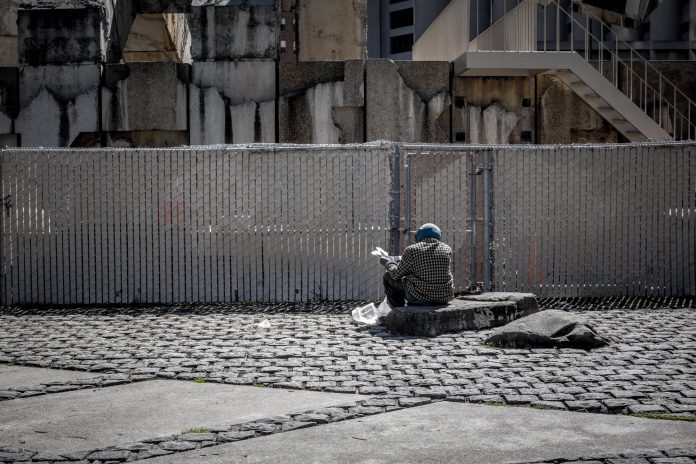 SF’s Homeless Population Actually Declined During the Pandemic, and Nearly 20% More Are Sheltered

The data from San Francisco’s latest point-in-time homeless “census,” taken one night in February 2022, shows the first decline in the number of homeless individuals in the city in seven years — countering the age-old narrative that homelessness is “worse than it’s ever been.”

Everyone’s been very curious to see whether this year’s point-in-time count of the homeless would show the massive increase in the unhoused population that many have perceived and complained about for the past two years. The early pandemic saw some major complications with shelters, particularly following a couple of COVID outbreaks before it was well understood how airborne the virus was, and there was anecdotal evidence of homeless people coming to the city seeking shelter in hotels — having heard about SF’s hotel program in the first year of the pandemic.

Greater leniency around tent camping, at least for a few months of the pandemic, also contributed to a perception of much more visible homelessness.

But now we have some hard data, from the first census of the homeless population in three years — the 2021 biennial count was canceled due to COVID — and it arrives a few weeks earlier than expected.

Also, the number of unhoused people living in tents or cars is down 15% from 2019.

“We have a lot of work to do, but this [data] shows that we’re moving in the right direction,” said Mayor London Breed in a release. “The investments we have made and will continue to make, as well as our improvements in strategy around outreach and connecting people to resources are all working together to help get more people off the street. The fact that we were able to make this progress during the course of a global pandemic shows that when the City and our non-profit partners work together, we can make a difference. But this is only a first step.”

There has long been criticism of the point-in-time census method, citing multiple reasons that it consistently undercounts the true homeless population. But some homeless advocates have contended over the years that it is at least an apples-to-apples comparison every two years that gives policy-makers a sense of the direction things are headed.

As shown in the chart below, the 2015 count saw a small decrease from 2013, but otherwise the number of homeless people included in the count has been steadily rising over the last decade. 5,669 individuals were counted in the 2011 count, and by 2019 that number had risen almost 42%, to 8,035.

Chart via City of San Francisco

The 2019 count would have been even higher had the same methodology been used as in 2017 — advocates pointed out that the city began aligning with federal standards in 2019 and no longer was counting individuals in jails, rehab facilities, or hospitals, which some said could have driven the number up by 1,800.

As the SF Business Times points out, the increase in the sheltered homeless population corresponds almost directly with the city’s increase in shelter beds. Between 2019 and 2022, the city created 24% more available shelter beds, including 998 shelter-in-place hotel rooms that were still in use as of last week.

Emily Cohen, a spokesperson for the Department of Homelessness and Supportive Housing, said in a statement that the data release was “exciting,” and she pointed to the 11% decrease in the number of chronically homeless people in SF. Chronic homelessness is defined as someone who either has a disabling condition that has led to multiple episodes of homelessness, or someone who has been consistently homeless for a year or more. That number decreased from 3,030 in 2019, to 2,691 this year.

Other counts from around the Bay Area are being reported Monday as well. And we already know that Alameda County saw an overall increase in homelessness since 2019, with the count rising from 8,022 to 9,747, or 22%.

Previously: New Report Details Curious ‘Algorithm’ That Decides Who Gets Homeless Housing Based on How Much Trauma They’ve Endured

Photo by Erik House on Unsplash