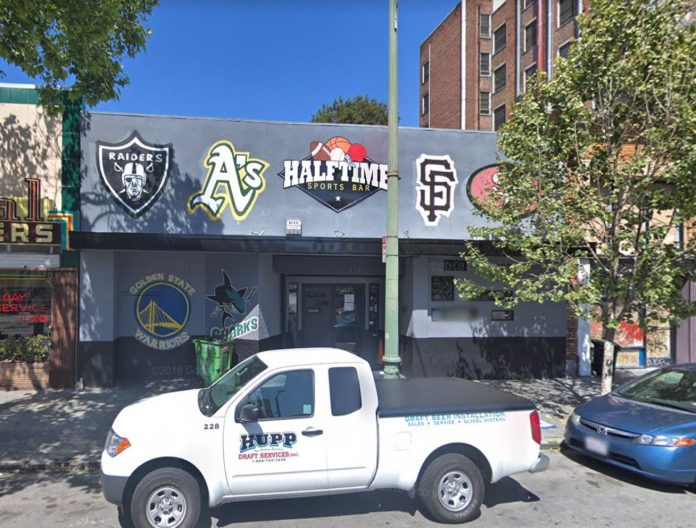 Shooting at Oakland Sports Bar Kills One; Same Bar Saw a Shooting In 2019

One person was fatally shot and at least three others were injured in a shooting at an Oakland sports bar Thursday night, not long after the Warriors clinched the NBA Championship.

The shooting occurred at Halftime Sports Bar (316 14th Street) in downtown Oakland, which is the same bar that saw a shooting in March 2019 that injured four people.

As KTVU reports, shots were fired around 10:30 p.m. Thursday, while revelry was underway on both sides of the Bay following the Warriors win against the Celtics.

Oakland Police Officer Darryl Rodgers told the station that one man died at the scene. Not long after, three men arrived at an area hospital suffering from gunshot wounds, and all three were also apparently at the sports bar.

KPIX had some footage (embedded below) from the scene that showed evidence markers on the sidewalk outside the bar, though it’s unclear whether the shots were fired inside or outside the bar.

This was Oakland’s 52nd homicide of the year to date, and police have not released any information about the suspected shooter.