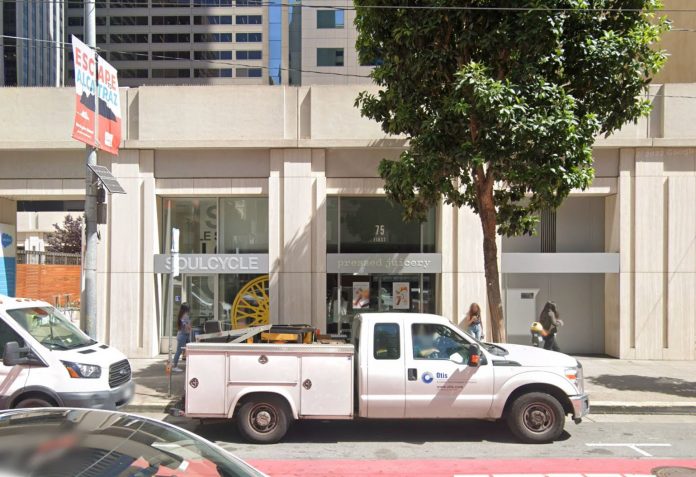 Once mega-popular spinning gym SoulCycle has taken a hit from pandemic at-home workouts, lingering anxiety around group fitness, and widespread sales of Peloton bikes, and it means that the company is shutting down 25 percent of its U.S. studios and laying off around 75 employees.

As CNN reports, SoulCycle is shutting down five locations in California, and a total of around 20 of its 83 spin studios nationwide. Bay Area News Group further reports that the shutdowns include one of SoulCycle’s three San Francisco locations, SoulCycle SOMA at 75 First Street, near Salesforce Tower.

The company is also shutting down its San Jose location, six locations in the New York City area, and its only Canadian outpost, in Toronto.

“As riders continue to return to in-studio classes there have been many shifts as a result of the pandemic,” said a SoulCycle spokesperson speaking to CNN Business. The company says it has “assess[ed] whether there is an opportunity to right-size in certain markets” due to these pandemic shifts.

SoulCycle still has two locations in San Francisco neighborhoods, in the Castro and on Union Street in Cow Hollow, and those will remain open.

SoulCycle isn’t the only fitness brand needing to recalibrate due to the pandemic. CNN notes that despite its early pandemic boom in sales, Peloton has seen its stock plummet 90% since late 2020, and on Friday the company announced a new round of layoffs, store closures, and price hikes.

It’s not clear when will be the last day for SoulCycle SOMA — the website shows classes available today but reservations not open yet for Tuesday. CNN reported that the closures are happening “in the coming days.”