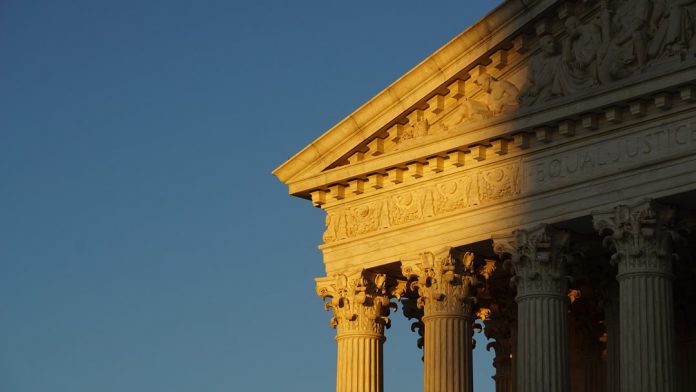 The U.S. Supreme Court has denied review for a case brought by an Oakland couple regarding their owner move-in eviction, in a blow to all landlords who want to legally challenge city requirements regarding tenant buyouts in no-fault evictions.

The real estate lobby and landlords in Bay Area cities that have strict rules about tenant relocation payments were closely watching this case, which dates back to 2018. Landlords Lyndsey and Sharon Ballinger, who were both enlisted in the Air Force when they moved out of their Oakland home in order to be transferred to Washington, D.C. in 2015, came back in late 2018 to find that they could not just politely ask their tenants to leave. They were required under Oakland law to pay $6,582 in relocation expenses to the tenants, which they paid, but they then sued the city over what they considered illegal government seizure of property.

Libertarian activists nationwide, and real estate interests, saw this as a good case to run up the chain in the hopes of invalidating pro-tenant laws like this, the likes of which have been on the books in San Francisco, Berkeley, San Jose, and Los Angeles for years — but Oakland’s law only took effect in 2018. The libertarian-leaning Pacific Legal Foundation took on the case.

In 2019, a federal judge ruled against the Ballingers, saying that the “[Oakland] City Council’s legislative purpose, to promote community stability and help tenants avoid displacement and high moving costs, was a legitimate one.”

They appealed the case to the Ninth Circuit, which ruled against them in February. “The Ballingers voluntarily chose to lease their property and to ‘evict’ under the ordinance — conduct that required them to pay the relocation fee,” wrote Trump-appointed Judge Ryan Nelson in the 3-0 ruling. Nelson further wrote that the Oakland ordinance was not an illegal government seizure of money or property, but was a standard “regulation of the landlord-tenant relationship,” which the Supreme Court had consistently upheld. Cities are permitted to charge taxes and fees to property owners for various reasons, including for things like hazardous waste cleanup.

And as the Chronicle reports, the Supreme Court has essentially concurred, though without any written decision or evidence of dissent.

The Pacific Legals Foundation has tried to set this up as a conflict between two hard-working members of the military and their former tenants, who were apparently tech workers.

“The Ballingers are disappointed that the court failed to recognize that the Oakland law forcing them to pay their software industry tenants $6,500 before they could re-occupy their own home, in accordance with the terms of lease executed before the law was even enacted, is unconstitutional,” the foundation said in a comment after the Ninth Circuit ruling four months ago.

But tenants’ rights advocates argue that such laws are necessary especially in places like the Bay Area with extremely high rents.

Oakland City Attorney Barbara Parker said, in response to the Supreme Court’s denial, that “the modest relocation assistance landlords must provide to tenants who are displaced, by no fault of their own, in an owner move-in eviction, provides critical support for those facing unanticipated moving expenses and other relocation costs,” and can help tenants avoid homelessness. Parker previously has cited the fact that many displaced tenants lose the rent-control protection they may have had for years, and they face a rental market with exorbitantly higher rents than they were paying, leading to potential displacement out of their community altogether.

J. David Breemer of the Pacific Legal Foundation said in a statement, per the Chronicle, that the Ballingers are disappointed but they hope the Supreme Court, in a future case, “will ultimately agree that rental owners are entitled to real constitutional protection when government requires them to pay off tenants before moving back into their own home.”