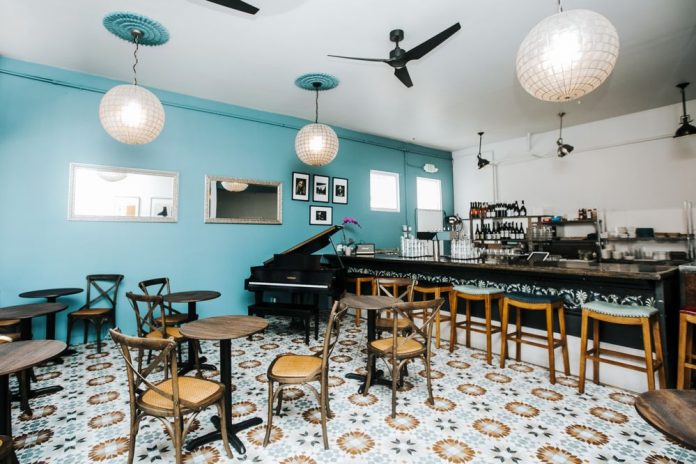 The Mission District’s Revolution Cafe closed a year ago, but the 22nd and Bartlett Street fixture has a new incarnation that tries to hit similar musical notes.

After popular Mission District bohemian live music spot Revolution Cafe closed in March 2021, Mission Local followed up with a story explaining that it wasn’t entirely a COVID-19 back rent issue (though it was partially). The building’s owner was demanding that soundproofing be installed, and on Revolution Cafe’s dime. The cafe was unwilling to face the music on that one, and the popular piano cafe was shuttered.

But now, the venue has reopened as a piano venue again, but with a slightly different tune. The latest Tablehopper column notes that “The former Revolution Cafe location has been reopened as Ivory & Vine, a wine and piano bar with Greek mezzes from Chris Nickolopoulos, who owns the charming Linden & Laguna in Hayes Valley.”

That column picks up on some April reporting from Mission Local that Ivory & Vine quietly had a soft opening on April 14, and an official opening later in the month. Per Mission Local, the house piano “is a relic from the old Mission Second Church of Christ Scientist building on Dolores Street,” whose property had recently been sold.

“I said, ‘What happens to the piano?’” Nickolopoulos told Mission Local. “She said, ‘well if you make a donation to the parish, it’s yours.’ So I made a donation.”

Ivory & Vine clearly a little more upscale than was Revolution Cafe. And from the looks of a few new Yelp reviews, the staff are, shall we say, a little less surly than their predecessors. The beers and wines are more high-end, and served alongside Greek appetizer plates.

And this new opening coincides with another a block away: Shuggie’s Trash Pie & Natural Wine just took over the former Velvet Cantina space — another neighborhood stalwart, RIP — at 23rd and Bartlett.

While we did get a pop-up with a live music schedule on the Ivory & Vine website, the dates were all for last week. That said, Classical Sundays at Ivory & Vine seems to be a weekly recurring event, from 6-9 p.m. every Sunday.