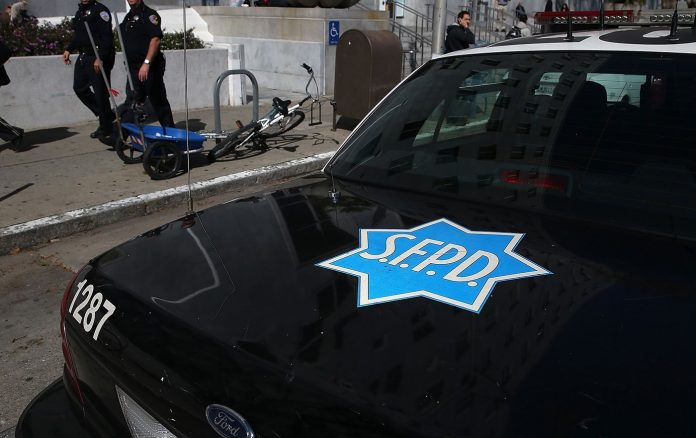 Three Shootings In SF on July 4th, None Fatal

At least three people were injured by gunfire in San Francisco on the July 4th holiday, and one of those was a 14-year-old girl who was watching a fireworks display.

Celebratory gunfire was apparently to blame for four people, including an 11-year-old boy, being shot and injured Monday night during a fireworks show outside the Oakland Coliseum.

Something similar may have happened around a neighborhood fireworks show in San Francisco’s Bayview on Monday, when a 14-year-old girl was reportedly shot. As KRON4 reports, the girl was struck by a bullet around 9:50 p.m. near the intersection of Ingalls Street and Underwood Avenue, and she sustained a non-life-threatening injury.

3rd shooting occ in SOMA, 200 Blk. Rich, at 1050PM. A employee confronted S regarding entering a business, S shot V & fled. Adult V sustained non-life-threating GSW. 220439495. Anyone w/info on any of these shootings please contact us.

Another shooting — which a user on the Citizen app reported was a person shot in the foot — occurred at Market and Powell streets around the same time, at 9:46 p.m. A vehicle was seen fleeing the scene, and SFPD Commander Raj Vaswani tweeted, “Investigators do not believe this was connected to the fireworks event.” Vaswani said that the victim was a female street performer, and she sustained a non-life-threatening injury.

A third shooting occurred about an hour later, at 10:50 p.m., on the 200 block of Ritch Street in SoMa. Commander Vaswani reported that the victim was a store employee who confronted a suspected who entered the business. The victim in that shooting also sustained a non-life-threatening injury.

Throughout the city, illegal fireworks were being shot off well into the night and into Tuesday morning from many locales.

The SFPD’s Mission Station reported that a hostile crowd greeted them when they arrived to disperse them around 12:40 a.m. Tuesday at the intersection of 24th and Harrison streets. A bonfire had been built in the middle of the street and fireworks were still going off, and the department reports that 12 officers sustained injuries as the crowd tossed bottles and fireworks in their direction.