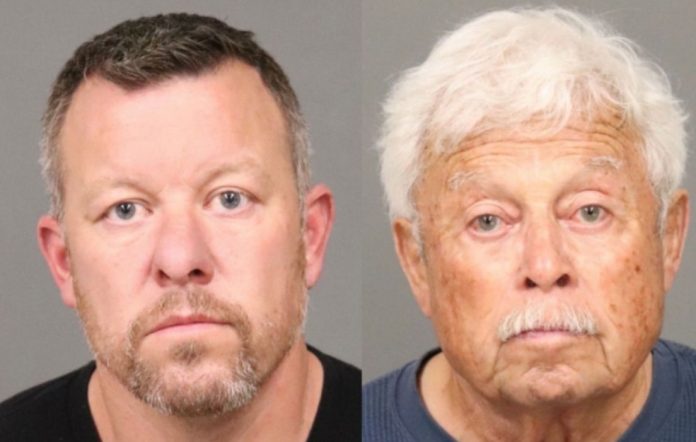 26 years and two months since she was last seen alive, Kristin Smart’s accused murderer finally goes on trial this week along with his alleged accomplice dad, in a Salinas court.

It’s been a long and frustrating road to justice for Smart, whom prosecutors say was killed on the Cal Poly campus in San Luis Obispo in the dorm room of an acquaintance, Paul Flores. Flores, now 45, is suspected of killing Smart in the course of an attempted rape, after he was seen walking an intoxicated Smart home following an off-campus party on Memorial Day Weekend, 1996.

While Flores was initially questioned in the case, and appeared for questioning with a black eye, he has consistently proclaimed his innocence. But prosecutors are expected to call witnesses in the trial — who previously gave testimony in a preliminary hearing last year — who witnessed Flores’s strange and aggressive behavior toward Smart before and on the night of her disappearance, and at least one witness who later heard Flores brag about the killing.

Also, investigators say that cadaver dogs alerted to Flores’s dorm room and to the bed in the room — and there is evidence to suggest a body was previously buried behind Flores’s father’s Arroyo Grande home, and that it may have been moved days after investigators honed in on the home two years ago and questioned the father, Ruben Flores.

The mountain of circumstantial evidence will have to overcome the one thing lacking in the prosecution’s case: a body. Smart has never been found, and the prosecution is expected to argue that Ruben and Susan Flores, Paul’s divorced parents, were both involved in covering up the crime and burying the body, perhaps multiple times.

As the Associated Press reports, one issue that is sure to fought over in the trial is the section of disturbed soil under Ruben Flores’s deck, which prosecutors say is about the size of a coffin, and which had traces of degraded blood in it. Defense attorneys plan to seize on the fact that experts can not distinguish this blood from ape or ferret blood, and no DNA could be extracted from it.

The defense will also argue that this area behind the house had been previously excavated.

“It was a hot mess because it’s been previously excavated,” said Ruben Flores’s attorney Harold Mesick, speaking to the AP. “If we even call it evidence, it is so minimal as to shock the conscience.”

Bizarrely, the 2002 Laci Peterson murder is expected to be brought into the defense as well — convicted killer Scott Peterson and wife-to-be Laci were both students at Cal Poly at the same time as Smart and Flores, and were reportedly at the same frat party where Smart was last seen alive. Paul Flores’s attorney Robert Sanger has previously tried to suggest that Peterson should have been a suspect in Smart’s murder.

A judge in San Luis Obispo previously ruled that prosecutors could not present evidence regarding cases in which Flores was accused of drugging and assaulting women in Los Angeles in the years after Smart’s disappearance.

The same judge ruled in March in favor of the defense’s request for a change of venue, moving the trial about 100 miles away to Salinas.

Paul Flores was charged with Smart’s murder in April 2021, almost 25 years after the alleged crime occurred. Ruben Flores was charged with being an accessory after the fact. The arrests came about a year after investigators first visited Ruben Flores’s Arroyo Grande home, and a few weeks after they served a warrant to dig around in the backyard. Both men have pleaded not guilty.

Related: Paul Flores, Longtime Suspect In 1996 Disappearance of Kristin Smart, Will Stand Trial For Her Murder