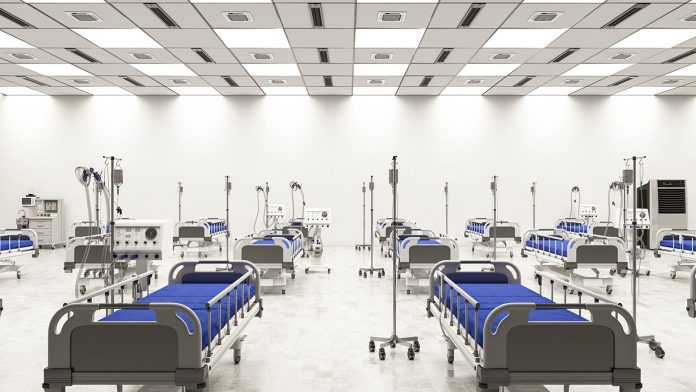 America remains the nation with the highest COVID-19 death toll in the world, and regrettably, this week, the country suffered its millionth COVID death.

We knew things would be bad in late February of the cursed year 2020, when then-President Donald Trump said COVID-19 was the Democrats’ “new hoax,” and very inaccurately claimed, regarding COVID case counts, “within a couple of days [it] is going to be down to close to zero.” The failures of leadership, execution, and lax public adherence to guidance have endured over the two-plus years since the first U.S. COVID-19 death in Santa Clara County during that month of February. And now, NBC News reports the U.S. counted over 1,000,000 COVID-19 deaths at some point on Wednesday of this week.

The one millionth person who lost their life is as equally tragic as the person before them. Every single person who died mattered. They were our friends, children, parents, and grandparents.https://t.co/IFXhyWRh5Q

“We were very encouraged by the rapid development of the vaccines, and everybody really thought we were going to vaccinate our way out of this,” he told NBC News. “But then we had people that wouldn’t even take the damn vaccine.”

The United States regrettably leads the world in overall COVID-19 death toll, and is the first nation to hit one million dead from the virus. Of course, we’re a large country, and we do not have the highest per capita death rate. That dubious distinction belongs to Peru, and the U.S. is 18th worldwide in per capita COVID death rates. But we shouldn’t be there with our allegedly more advanced healthcare system.

And part of our failure is that we’ve driven so many people out of the medical industry. Per NBC News, “A recent study calculated that about 3.2 percent of health care workers left the industry per month before the pandemic. That share jumped to 5.6 percent from April to December 2020. Relative to February 2020, the health care workforce has lost nearly 300,000 employees, the U.S. Department of Labor reported April 1.”

The Chronicle takes a different angle on the occasion of this awful milestone, noting that more than 200,000 American children have lost parents to COVID-19. “At least 32,500 children in California and more than 214,400 nationwide — more than one out of every 360 — have lost at least one parent or primary caregiver to the virus,” according to the paper.

We are far from the days of overcrowded hospitals and morbid ventilator stories. And according to the latest CDC data, we are down to a seven-day average of just over 300 deaths daily — the lowest daily toll of the pandemic except for that brief period of June and July 2021, when we prematurely celebrated that this was all about to be over. The lesson there is that cases, hospitalizations, and deaths could surge again — and, indeed, just the last two days have seen the national daily death numbers rising closer to 2,000 per day.

But another painful lesson we’ve learned is that people have just become numb to these insane statistics, and no number of deaths will bring on the societal course corrections needed to defeat COVID-19, or another, worse pandemic.