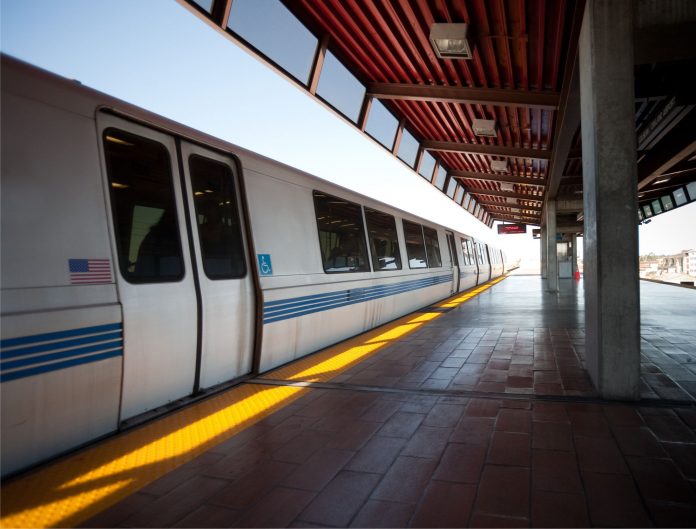 At about 1 p.m. Saturday on a Daily City-bound BART train, gunfire erupted between two men arguing on the transit vehicle, leaving one with non-life-threatening injuries and causing the West Oakland BART station to temporarily close.

Initially reported by ABC7, BART spokesperson Jim Allison said in a message issued on the rapid transit agency’s media line that a man was injured in a Saturday afternoon shooting; the man was promptly transported to a nearby hospital where he received treatment for non-life-threatening injuries.

West Oakland station is now open. We are single tracking through one platform at West Oakland so please expect delays to and from San Francisco.

Per the news outlet, investigators say the incident started at about 1 p.m. on a train headed to Daly City. Ivan Rodriguez, an eye-witness to the shooting, says two men aboard the train began arguing and the fighting between them eventually escalated as the train reached West Oakland.

“The train approached the station, and they got into a physical altercation,” Rodriguez said to ABC7. “That’s when a firearm was produced. Someone was hit in the head with it. The shot rang off. I can’t really tell you what happened after that cause as soon as that happened we hit the floor.”

The gunman, however, was gone by the time BART police arrived on the scene; the investigation is still ongoing to identify the man and locate his whereabouts; KRON4 has reported no suspects in relation to the crime are in custody; other witnesses to the crime also have said the gunfire only brushed the shooting victim.

By 2 p.m. Saturday, BART had reopened the West Oakland station and had full service on both tracks between San Francisco and the East Bay.

Earlier last week, a shooting on a Muni bus in the Castro left a 27-year-old man dead and a 70-year-old man injured. SF Police have since then arrested 26-year-old Javon Green after officers and investigators searched his house with a warrant in the 1000 block of Power Avenue in Pittsburg; Green was transported from the East Bay city to San Francisco where he is currently booked on charges of “homicide, carrying a concealed firearm and using a firearm in the commission of a felony,” per police.