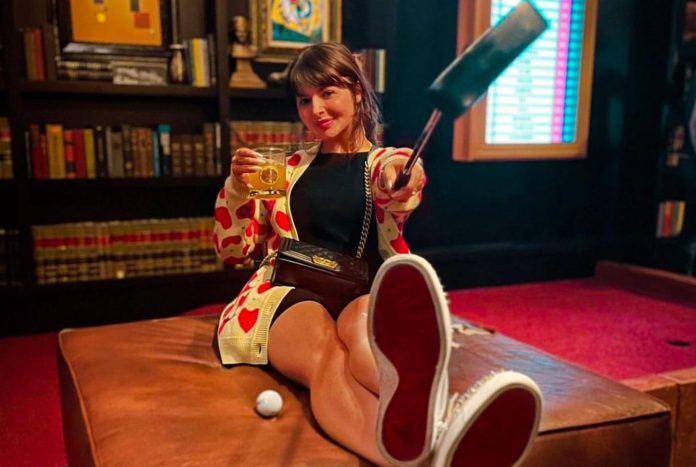 The retail and entertainment complex known as 6×6, on Market Street between 5th and 6th streets, which is soon to be home to a small-format IKEA store, might also be home to an SF location of mini-golf chain The Puttery.

Kind of like a bougier version of the immersive Urban Putt, The Puttery combines food and drink with fancified, unique mini-golf holes that are customized for each course. The chain, which is backed in part by PGA pro Rory McIlroy, has three open locations to date and seven more in the works, with none yet on the West Coast — the Dallas-based company behind it, Drive Shack Inc., tells the SF Business Times this week that they are actively “identifying several markets for potential Puttery expansion.”

The third Puttery location just opened in Washington, D.C. last month, with others open in Charlotte and Dallas, and the company’s website indicates addresses and “coming soon” notices for locations in Houston, New York, Chicago, Kansas City and more.

Photos on Facebook show various holes at the Dallas location, including ones designed as a ski lodge, and an urban rooftop.

The “lodge”-themed hole at the Dallas Puttery. Photo via Facebook

The Business Times caught a filing going in to the SF Planning Department last week, requesting a determination about whether an “adult mini golf facility” would be an approved use in the still-vacant mall, if it served food and alcohol. And Drive Shack was the one doing the filing.

The 250,000-square-foot mall, originally designed as a discount-retail center that would be anchored by a retailer like JC Penney or Target, tried to pivot pre-pandemic amid a depressed retail market to lease itself for office use. That changed when we learned in September 2020 that IKEA had claimed about a quarter of the mall’s available space for one of its smaller-format, urban stores, some of which exist in Europe but none of which have yet opened in the U.S.

Buildout on the IKEA store began in February, and as the Examiner reported in June, IKEA and its mall partner Ingka Centres — which bought the building for $200 million two years ago — have filed plans for other parts of the buildout with Planning as well. Construction on the mall is expected to last four months once it receives all its approvals — so it seems possible that it could open by the end of the year, though that seems like a stretch for SF.

Ingka Centres has described the project as “a unique concept that will be a mix of retail offer, office space, food & beverage, entertainment and digital experiences.” They are calling the mall complex “Livat,” which means “lively gathering” in Swedish.