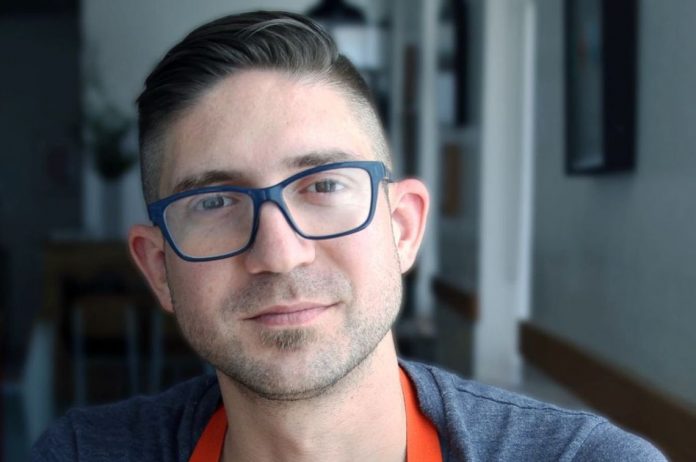 Chef Aaron London is pulling the plug on his much lauded, vegetable-focused restaurant AL’s Place in order to focus more on his young family, despite the restaurant still being packed every night. The last night of service will be Sunday, August 28.

Shortly after it opened in early 2015, AL’s Place won the coveted honor of being named Bon Appetit’s best new restaurant in the country. Gushing over dishes like pickle-brined french fries and green pea curry with black cod, critic Andrew Knowlton wrote, “What deal with the culinary devil had chef Aaron London made in exchange for being able to produce such off-the-charts, flavor-rich creations?… It’s a restaurant so personal and passionate and satisfying that it was easy to name AL’s Place this year’s best new restaurant in America.”

Other critics, Michelin inspectors, and many Bay Area diners have agreed and kept London’s restaurant in demand seven years later — its outdoor tables were also steadily packed as soon as they arrived mid-pandemic, too.

But after steadily working in the restaurant industry since he was 14, on the cusp of turning 39 and now with a partner and one-year-old daughter at home, London says he’s ready to move on to a phase in life that doesn’t involve the all-consuming work of such a highly personal restaurant.

As he tells the Chronicle, “It is time and there is something else more important [for me to do].”

It’s a familiar trajectory, certainly, for chefs in London’s position and phase in life. His career to date and reputation mean that landing lucrative, less-demanding gigs will be fairly easy. And he tells the Chronicle that he’s ready to write the cookbook he hasn’t had time for while running AL’s Place, maybe do some consulting, and maybe eventually land another restaurant job either here or elsewhere in the country.

London also mentioned that the increasing costs — and likely decreasing profitability — of running a small restaurant also contributed to his decision, even if AL’s Place is such a “special, unique little place.”

This is a loss, to be certain, in San Francisco’s culinary scene, and it comes at a time when many restaurateurs are discussing the unsustainability of the traditional restaurant model. Other high-profile restaurants in the city like Che Fico and Zuni Cafe are experimenting with flat service charges and sharing pay more equitably between the front- and back-of-house staff — but these experiments are not without their complaints from staff and/or customers.

London got his start washing dishes and doing prep work in the kitchens of Mexican and Greek restaurants in Sonoma County. After what he described to Vice in 2015 as a life-changing meal at long-gone Santa Rosa restaurant Mixx when he was 15 or 16 years old, he says he lied his way into a culinary class at a local junior college, and then lied his way into a line-cook job at Mixx, then landed a job at Daniel in New York City, slowly learning the ropes to becoming one of the country’s most celebrated chefs.

By age 27, in 2010, London had earned his first Michelin star while heading up the kitchen at Ubuntu in Napa — taking over as executive chef after serving as chef de cuisine under Jeremy Fox in the first years of the acclaimed vegetarian restaurant. He was named a Chronicle Rising Star early the following year, and he told the paper that he saw himself as having two personas:

His kitchen persona: the guy who ironed military creases into his culinary school jacket, who delights in precise knife-work and the feeling of walking into a greenhouse in winter, who wears his hair in a tight topknot.

His non-kitchen persona: the guy whose hair blows in the wind, who dropped his phone in the toilet the day before the Michelin ratings came out and missed the call from Michelin Guide Director Jean-Luc Naret awarding him a star…

In 2015, speaking to Vice, London called AL’s Place “my baby,” saying, “I love it so much… It feels like and smells like and looks like what I want it to… This is what I always wanted.”

But seven years on, London tells the Chronicle, “It’s been a slowly building thing that’s led me to ponder late at night more and more: Is this exactly what I want to be doing right now?” And he concluded that he needs to “recraft my professional life around family.”

So, if you can get a reservation, you have ten more days to go and say goodbye to AL’s Place.