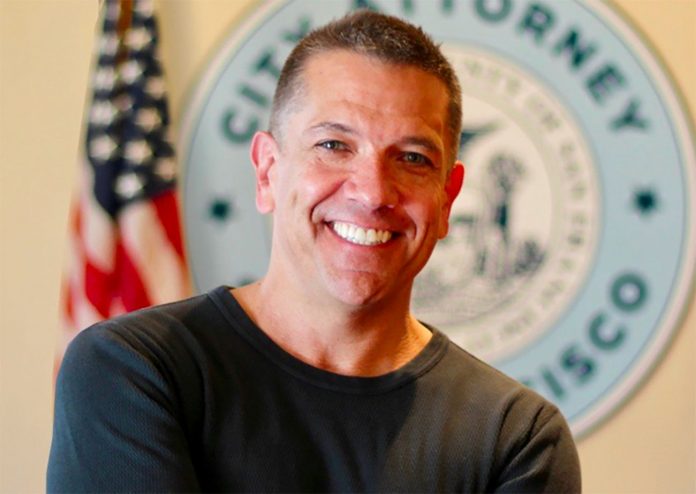 Mayor London Breed is set today to swear in her appointment to the Board of Supervisors to fill the District 6 seat vacated by Matt Haney, and it’s another Matt who has been roaming the halls of City Hall for a couple of decades.

As multiple news orgs are reporting Monday morning, Breed has a press event set up for 12:15 p.m. at the Delancey Street Foundation to announce the appointment of Matt Dorsey to the board. The location of the announcement, a nonprofit in District 6 devoted to self-help and rehabilitation for substance abusers, ex-convicts, and the homeless, is meant to focus the conversation on Dorsey’s own recovery from substance abuse and his compassion for the addiction crisis — though the District 6 he will preside over no longer will include the Tenderloin, after that highly fraught redistricting process.

Dorsey tells the Chronicle today that he is a “three-time drug rehab graduate” who most recently had a “short relapse” during the pandemic — he doesn’t elaborate as to what drug he relapsed on, but says he’s used crystal meth, GHB, MDMA, Xanax and alcohol in the past. He is also an openly gay man with HIV, and he says “it isn’t lost on me that, like the AIDS crisis, the stigma of who is dying [from addiction in SF] is masking the horror of how many are dying.”

But Dorsey’s other credentials for the job may make him a bit more of a tough sell, especially for more progressive voters when he has to run for the seat in November. Dorsey’s had a long career in the depths of city politics, working as a lobbyist and for 14 years as press secretary and advisor to City Attorney Dennis Herrera, and most recently serving as Director of Strategic Communications (i.e. head of PR) for the San Francisco Police Department. As Mission Local notes, “Tapping the cops’ spokesman for political office — a career communications pro and political operative, who also recently served as a lobbyist for a firm representing tech and business titans — is a hell of a thing.”

We all knew that Breed was likely to tap a loyalist whose vote she could count on to counter the Board’s current progressive majority — a bloc which has thwarted and/or heavily criticized some of her initiatives in the last couple of years. The Clint Reilly-owned Examiner has a glowingly favorable assessment of Dorsey as a supervisor, calling him “uniquely suited to get the job done.” And Dorsey tells the paper, “I’m going to do the best I can to bring my personal and professional perspective to bear to solve our city’s problems.”

Breed is taking a risk, though, as the Chronicle and Mission Local surmise, when it comes to the November election, given that Matt Haney — who was just overwhelmingly elected to the Assembly — is throwing his weight and endorsement behind his former aide Honey Mahogany to take the job. Mahogany, who is Black and trans, may end up having an advantage, both with voters in the district who recognize her and her part in Haney’s tenure, and younger voters for whom the identity-politics advantage does not lie with a gay white male — let alone a white male who’s been running defense for the SFPD.

Could Breed, cynically, be hoping that uninformed D6 voters see a Matt on the ballot with an “ey” on the end of his name in November and just vote for him thinking it’s Haney?

If Dorsey loses the seat in November, to Mahogany or another candidate, it would be the second time a Breed appointee lost with voters. Breed’s last centrist appointment to the Board, Vallie Brown, was bested in a citywide election by Dean Preston to lead District 5 back in 2019. (D5 now includes the Tenderloin, though, which could end up being to Mahogany’s disadvantage, with the loss of that voting bloc potentially already familiar with her.)

Other mayoral appointees to the board in recent years, like Ed Lee’s picks of Jeff Sheehy and Julie Christensen, also failed as incumbents when elections rolled around.

A spokesperson for the mayor says that she considered Mahogany for the job, but ultimately went with Dorsey and his views on cracking down on street crime.

“The mayor made this appointment because, right now, she feels like there’s a need for more leadership on this issue, and Matt is uniquely positioned to deliver,” said Breed’s spokesperson Jeff Cretan in a statement to the Chronicle. “For the residents of that district, the biggest issues they’re facing are street conditions and public safety. Matt is aligned with the mayor on those issues.”

Haney, for one, has already announced his intention to campaign for Honey Mahogany, when news of the Dorsey appointment leaked Sunday night.

I guess we aren't hanging up our campaign sneakers just yet. Let's go.