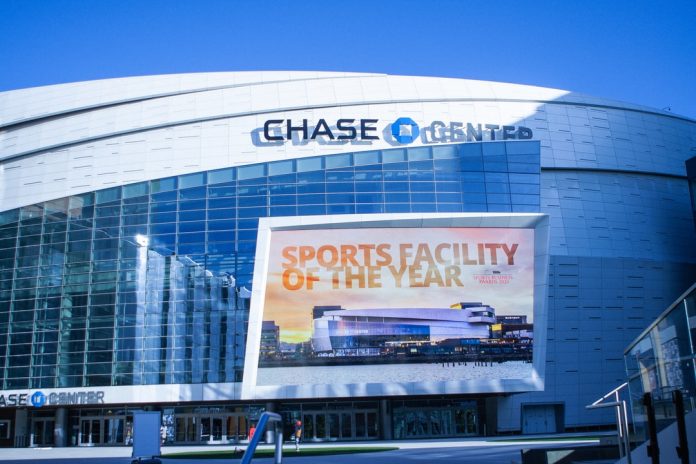 Your Golden State Warriors made it to the NBA Finals once again, and they will compete against the legendary Boston Celtics starting on Thursday. And due to popular demand and crowding at the outdoor Thrive City plaza during the Playoffs, the Chase Center will open up indoors for viewing of Games 3 and 4, which are being played in Boston.

We’ll have a full preview of this historic NBA Finals matchup tomorrow, but fans should be aware that you can go root for the Warriors at the Chase Center and sit inside for $25 per ticket for both Game 3 (Wed. June 8 at 6 p.m.), and Game 4 (Friday, June 10 at 6 p.m.).

Tickets for the June 8 watch party are available here, and tickets for June 10 are here. Doors will open each night at 5 p.m., with tipoff at 6.

Details for the June 8 Watch Party, presented by @chase

The Kaiser-branded Thrive City plaza outside the arena, which is surrounded by bars and restaurants, became a popular and crowded gathering spot for fans during the playoffs the last couple of weeks, both during away games and for home games for fans who could not snag tickets inside. The arena itself has a big jumbotron on the side of it that makes for easy outdoor viewing.

Inside, though, fans will be protected from the wind and cold, and there are of course more food and beverage options available in there.

Game 5 of the Finals, if it is necessary, will happen on Monday June 13 back at Chase, and tickets are on sale here; and Game 6 of the Finals will be back in Boston on June 16, if it comes to that — and the arena will put more indoor watch-party tickets on sale later. And if this thing becomes a nail-biter and leads to Game 7, that decisive final-final game will be back in SF on June 19, and pre-emptive tickets for that are also on sale.