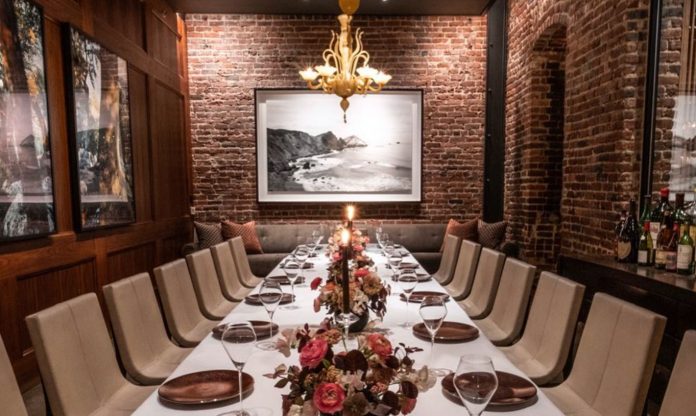 The Chronicle’s restaurant critic, Soleil Ho, has spent much of the last three and a half years on the job spreading the wealth, so to speak, when it comes to reviewing lesser known, less fancy spots across the region — and that’s been kind of refreshing! But a big-city newspaper critic has to deal with the big-name, Michelin-starred places eventually, and it seems that Ho’s tour of the Bay Area’s more acclaimed, pricey spots is finally complete.*

“For most people, a meal at a fine dining restaurant is a heavy investment — so it’d better be good,” Ho writes. “It’s here that a critic is most valuable, I’d say, because a bad slice of pizza is much easier to laugh off than a bad $200 meal.” So true!

But thus far in the Chronicle food section, since the departure of Michael Bauer, there has not been a ton of attention paid to fine dining, as Ho has devoted review columns to things like cart noodles at Beyond Cafe in SoMa, vegan pork banh mi at Lee’s Sandwiches, and the Gumbo Social pop-up stand at the Outer Sunset farmers’ market.

As of this week, though, we have Ho’s (albeit brief) takes on some of the heavyweights in the Bay Area restaurant scene via this Best Splurge Restaurants list — which is another way of say best fine dining spots. Mixed in are some less fancy, though still splurge-y spots like Animo in Sonoma and Rich Table. But the majority of the list consists of names well known to foodinistas and Michelin Guide readers, like Saison, Benu, Californios, and SingleThread.

But there are a couple of big omissions. Three restaurants that all have three Michelin stars — The French Laundry, Manresa, and Quince — have all been left off the list. And unlike in the old Top 100 days, we’re not getting any explanation for the snubs. SFist reached out to Soleil Ho for some elaboration, and Ho replied, “I’ve been to all [three of those restaurants] and chose not to include them. To be honest, a great deal of the restaurants that I check out don’t make it to inclusion — either in a list or some other writeup, for a variety of reasons.”

It shouldn’t be a surprise, given the opening-salvo review Ho published in early 2019 upon taking the job, that Chez Panisse isn’t on the splurge list either.

About Saison, Ho writes, “Imagine you’re in a lodge on some snowy mountain while your friends and family are all skiing outside, your sole companions the crackle of the hearth and the soothing warmth of hot tea. That’s the spirit of Saison…”

About Atelier Crenn, and its now $410 (!) tasting menu, Ho writes, “French native Dominique Crenn’s flagship restaurant embraces a joyful narrative culinary style,” noting the 14-line poem that comes with your meal with lines corresponding to each of the 14 courses.

Ho says that Nightbird’s food is “simply stunning,” and SingleThread’s 10-course, $425 tasting menu is “acrobatic.” And if you want a casual but haute experience involving caviar in Palo Alto, head to Protege.

In place of the old Top 100, the newspaper and website now have many, many lists that have been published and updated throughout the last year or so — there was a long a break in 2020 for obvious reasons. But the intersection of all the Chronicle’s lists is now just confusing.

For instance, Atelier Crenn, Lazy Bear, Mister Jiu’s, Nari, and Rich Table all appear on both the “splurge” restaurant list and this other Top SF Restaurants list that was last updated in June. But Benu, Saison, Birdsong, Merchant Roots, Nightbird, and Californios are all worthy of splurges but they don’t make it on the Top SF Restaurants list? And don’t even get me started on this Top 25 Restaurants thing, which is a totally baffling, quarterly updated snapshot of restaurants new, old, tiny, and large across the Bay Area that is a poor replacement for the Top 100 to say the least, seemingly modeled on the Eater 38, and not very useful.

This likely isn’t Ho’s doing — the food section editorial team knows that lists are good for business, so why not just make a lot of them? It’s just that, for a city’s paper of record that should aim to be an authoritative source on things like fine-dining restaurants, the conflicts between these lists raises more questions than answers, and does something of a disservice to great restaurants like State Bird Provisions, Mourad, and Nightbird when they make it on one list and not the other, perhaps never to be found when Googling “top restaurants list sf” if that gets you to that weird Top 25.

Anyway, I’m now extremely curious to read Ho’s review of the French Laundry, should they ever publish one. And I guess Quince (which is currently closed for a summer remodel) didn’t impress much either!

Congrats to all who made the cut.

Related: Soleil Ho Asks ‘Who Is Michael Mina and Why Is His Name Treated Like Gold In This Town’?

*Ho clarified that this list was first published in November 2021, and was just recirculated this week with updates.