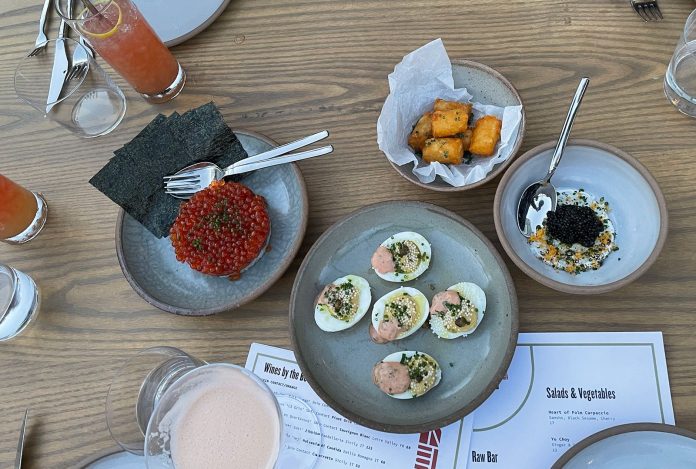 The folks at the Michelin Guide are doing something a bit unusual this season, teasing out a group of 17 new Bay Area restaurants that they say will be added to this year’s California guide — though we don’t know if any of these new entries will be getting stars.

The 2021 Michelin Guide to California felt like a bit of a disorganized shitshow, coming out as it did mid-pandemic, after a year in which many of the restaurants it was recommending had either been closed for a year or more, were still closed, or had spent many months serving an abbreviated menu for takeout or delivery. The inspectors inexplicably chose to strip stars away from two SF restaurants — Octavia and Rich Table — even though New York inspectors had chosen to leave all stars intact in that city just months earlier, out of respect. And this star stripping occurred while the guide still included renewed stars for Kin Khao and Bar Crenn, both of which were closed at the time — and Kin Khao remains closed eight months later.

For the 2022 Guide — and it’s really more of just a website and app update now, since who buys physical guidebooks anymore? — the inspectors have teased out a list of new additions. As those familiar with the Michelin system know, this does not mean that any of these restaurants will get stars or Bib Gourmand ratings — the latter being a step below a star, reserved for restaurants with ostensibly reasonable prices and high quality food.

Each year’s Michelin Guide for a city or region includes hundreds of restaurants that are “recommended” through their inclusion, but don’t get the special distinction of a star rating — with one star traditionally indicating a restaurant is worth a stop on an imagined car trip, two stars meaning it’s worth a detour, and three stars meaning it’s worth a special trip on its own. (The guide was born in France in the early 20th Century, you see, as a way to promote driving and the wearing out of one’s tires so one would have to buy more tires.)

Also, Tyler Florence’s new Chase Center-adjacent steakhouse, Miller & Lux, garners a listing — and perhaps will get more — with inspectors saying, “Fine dining may seem an unlikely find in the shadow of the hulking Chase Center arena, but this stunning harborage from Chef Tyler Florence is worth a splurge.”

“By revealing some of the new additions made by our inspectors throughout the year, we enhance our digital tools to further strengthen the ties that bind us to food lovers,” say Gwendal Poullennec, international director of the Michelin Guides, in a statement. “We hope that these regular revelations and updates to the selection throughout the year will provide opportunities to highlight the profession and invite everyone to discover and support the restaurants around them.”

Michelin did something similar for New York, revealing 21 new additions for the upcoming guide last month.

Also included among the additions are new Campbell steak spot Be.Stéak.Ă from Chef Jeffrey Stout, Oakland Japanese curry spot Dela Curo inside Swan’s Market, and, surprisingly, Lane 33 Cafe, a concession inside a bowling alley in Napa that serves apparently great Mexican food from Wednesday to Sunday. Also, the splashy new three-story restaurant on the square in Healdsburg, The Matheson, gets a mention as well for “the menu that weaves seasonal products with California flair and Mediterranean elements.”

The full Michelin Guide update for California is likely to come out by late summer or early fall.