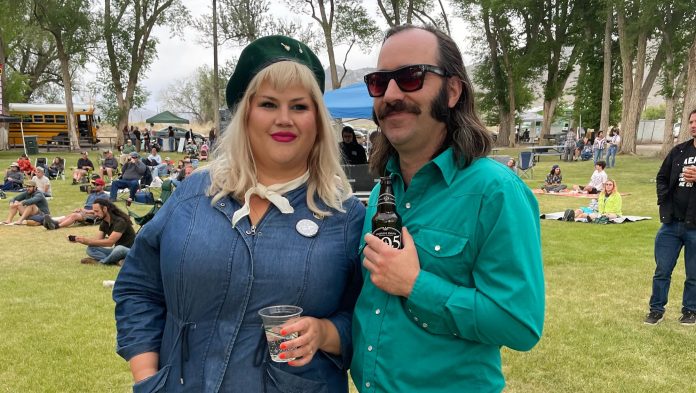 Fiancé of Shannon and the Clams’ Shannon Shaw, Joe Haener, Has Died

Just three months before he was to wed Shannon and the Clams vocalist Shannon Shaw, locally well-known drummer Joe Haener was killed in an Oregon car accident last week.

Oakland-born R&B-garage punk band Shannon and the Clams has been a Bay Area favorite for years, but they’ve gotten so broadly popular they’re not really a Bay Area band anymore. But the band’s national tour this summer is now tragically on hold, as according to an Instagram announcement from the band, vocalist Shannon Shaw’s fiancé Joe Haener was killed in an Oregon car accident last Tuesday. He was 41.

A post shared by Shannon And The Clams (@shanandtheclams)

“We are incredibly devastated to share that Shannon’s fiancé, Joe Haener, passed away in a car accident earlier this week,” the band posted on Instagram Saturday.

“Joe was a deeply beloved friend to us all, an extraordinarily kind and sensitive person, a true caretaker and an amazing musician who played in dozens of incredible bands. A frequent traveler in our van and always such a joy to be around. He was Shannon’s number one fan and biggest supporter which was most evident by his beaming face filled with such immense love and pride when he would watch her perform and his constant rotation of Shannon & the Clams T-shirts.”

A GoFundMe to support Shannon Shaw adds, “Joe and Shannon met in the San Francisco Bay area music scene in the late 2000s, where they collaborated with dozens of artists and helped build the vibrant music scene that flourished there. Years later, after Joe had returned home to work on his family farm outside of Portland, Oregon, Shannon and Joe began a long-distance romance that would lead Shannon to relocate to Portland, where they fell fully in love.”

“Joe proposed to Shannon in 2021 and their wedding was scheduled for November 2022,“ that post adds.

Haener was not the drummer for Shannon and the Clams, but he did play drums for Shaw’s solo set at Mosswood Meltdown in July, as seen above. SFGate has a great rundown of Haener’s Bay Area musical legacy. According to SFGate, “Haener was part of several bands that helped cultivate the Bay Area’s thriving DIY scene during the early to late aughts, including the post-hardcore band Battleship, as well as Blanche Devereaux, Case Studies, Dream Date, Eatskull and Little Queenie. Prior to joining Gris Gris, he played in Rock N Roll Adventure Kids with Marc Ribak,” (Ribak is co-producer of Mosswood Meltdown, formerly known as Burger Boogaloo.)

Shannon and the Clams have canceled all scheduled performances until at least mid-September. Their scheduled dates do still show a Halloween Meltdown performance at Mosswood Park scheduled for October 9, but obviously, time will tell whether that performance happens.

Facebook
Twitter
Pinterest
WhatsApp
Previous articleNew Restaurants, Including Rooftop Venue, Announced for Mid-Market’s LINE Hotel
Next articleClub Deluxe Is Staying Open After All, and Will Remain at Its Same Haight Street Location