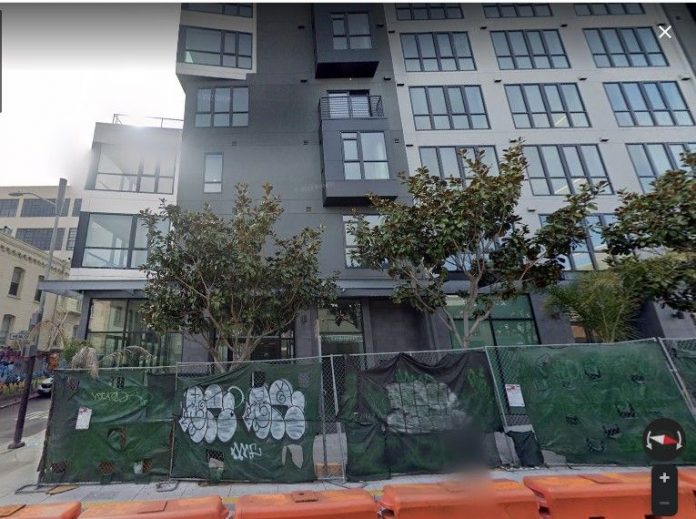 More than 50 units of housing have sat empty for two years on property that used to be the home of Hemlock Tavern, but they can now be occupied, as the Board of Appeals rules on a developer who said they were building apartments and then switched to condos.

It’s a San Francisco story that’s been told countless times over the recent decades: A longtime popular nightclub closes because an owner wants to convert the land into a much more lucrative housing project. But this one is being called “unprecedented,” thanks to some highly unusual extenuating circumstances.

The former Polk Street bar Hemlock Tavern was torn down in 2019 to make way for 54 residential units. The new building with all 54 of those apartment units was promptly built, and was mandated to include eight affordable, below-market-rate (BMR) units to meet the city’s requirements.  More than 2,500 households applied for those units, and a few lucky winners were awarded.

This is all the usual script for a San Francisco housing development, but then the script got flipped. The developer Dolmen Property Group decided to make the units into much more lucrative condominiums instead of apartments, after the rental market took a pandemic hit. And as the Chronicle reports, that led to legal fights that kept the building empty for two years, fights that were finally resolved at Wednesday’s San Francisco Board of Appeals meeting.

The Dolmen Property Group was still allowing the eight affordable units. But their switching to a for-sale condo model rejiggered the economics of it, and meant that the people who’d been awarded the affordable housing rental apartments suddenly could not afford to buy there.

“Switching from rental to for-sale would essentially force those lottery winners into attempting to qualify to become homeowners — something many of them may not be able to do, or may not be interested in doing,” as the Chronicle explains. “In addition, the developer at first argued that the for-sale units should target households making 90% of area median income, rather than the 55% that would have been required as a rental.”

The fight went on for years, with at least two of the affordable housing lottery winners suing. In the compromise deal approved Wednesday at the Board of Appeals, Dolmen Property Group agreed to keep that lower 55% of median income threshold for the BMR units, so the lottery winners can still potentially get the homes.

In voting to lower the threshold for them, Board of Appeals President Rick Swig noted that buyers and renters are “absolutely are different” and “live in different worlds,” adding that the condo rate “left behind a significant portion of our residents.”

SF Planning Department zoning administrator Corey Teague said the situation was “unprecedented,” but come on… it shouldn’t have been! This was the obvious, common-sense compromise that the developer should have made years ago. You can totally, justifiably complain that there is too much red tape in getting built in San Francisco. But in this case, the developer pulled the switcheroo, and chose to renege on what they’d already agreed to. Those units certainly did not sit empty for two years because of any red tape.

This won’t bring back the Hemlock Tavern. But thankfully, at least the matter is now resolved and the limbo, vacancy period for the new building is over.