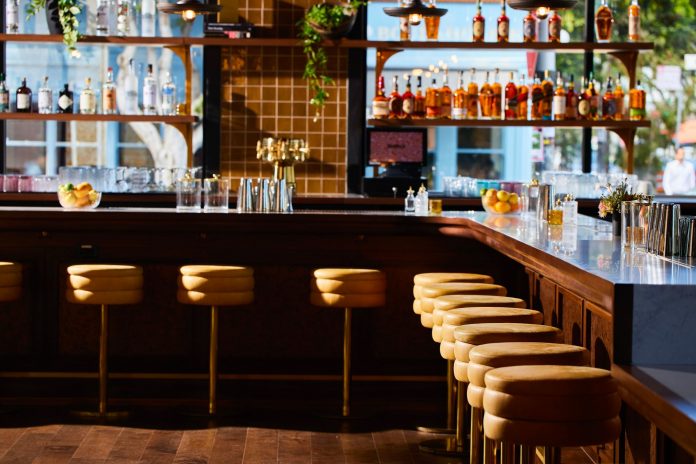 Hayes Valley continues coming back to its former, pre-pandemic vibrancy, and one more vacant space in the neighborhood has a new tenant opening Thursday.

The restaurant space at the corner of Hayes and Octavia formerly occupied by brunch spot Stacks, at 501 Hayes Street, will come to life again this week as Hazie’s, a new bar and restaurant from the team behind The Brixton, Hat Trick Hospitality.

It’s being described by the team as “a comfortable space with a vintage edge,” and “inspired by rock ‘n’ roll and the neighborhood surroundings” — with the rock-n-roll thing also being a theme of The Brixton’s two locations.

Joining the team in the role of consulting chef on the project is Joey Altman, an early Food Network personality who cut his teeth in the kitchen at Stars restaurant under Jeremiah Tower. He later became executive chef at Ti Couz in the Mission District, and opened Miss Pearl’s Jam House, which was the Caribbean-themed restaurant at the Phoenix Hotel in the 1990s before it relocated to Oakland in 2008. He also launched several food TV series, including the James Beard Award-winning Bay Cafe.

“I’m thrilled to open a restaurant again,” says Altman in a release. “Being in the heart of thriving Hayes Valley gave me a rare opportunity to create a fun and eclectic menu drawing on all of my culinary adventures throughout my career. Being able to bring a concept’s vision to life through the food and experience is incredibly rewarding.”

Drinks-wise, there’s a list of 15 house cocktails created by Beverage Director Victor Pichardo, including a margarita variation called Ride the Lightning with jalapeño- and habanero-infused Patrón Reposado tequila, cucumber, lime, agave and
cilantro; and the Naked & Famous, a combination of mezcal, yellow chartreuse, Aperol, and lime. The bar will also offer large-format cocktails — like Anina across the street does — served in a large crystal dispenser.

The large, 105-seat restaurant space was home to Stacks for 13 years before the brunch spot gave up the ghost early in the pandemic, in 2020. The space has remained vacant for two years, but Hoodline reported on the moves being made by the Brixton folks last year.

Hazie’s opens Thursday, August 11, and will be open Wednesday and Thursday, 4 p.m. to midnight; Friday and Saturday, 4 p.m. to 2 a.m.; and Sunday, 4 p.m. to 9 p.m. The place expects to be more of a bar at night, from the sound of it — with the kitchen closing at 10 p.m. Wednesday to Saturday, and at 9 p.m. on Sunday. Weekend brunch will also be happening at a later date.

See the food menu and more pics below.