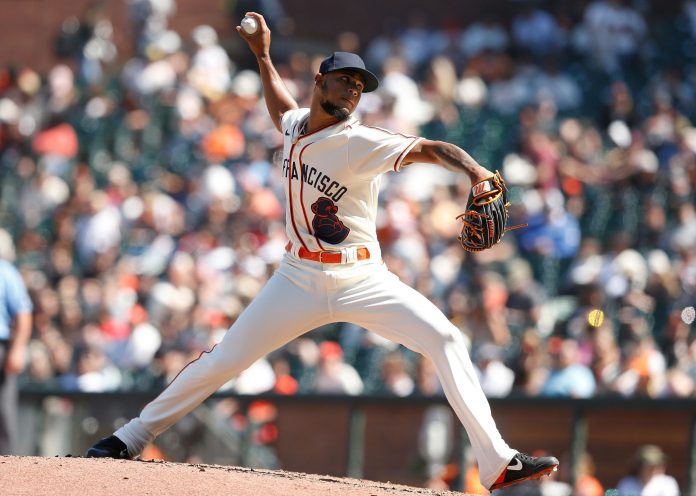 Momentum, Talk of Trades and Superstars: A Mid-Season Checkin With the San Francisco Giants

Have the San Francisco Giants found their orange-colored bootstraps, grabbed hold, and begun to apply upward pressure? Are the Giants on the brink of rebooting themselves with their 2021 programing to recapture last year’s record-setting glory, and to redeem last post-season’s crushing loss to the Dodgers? Will the Giants finally buy a superstar to put on their otherwise “working-class” roster, and try to land the likes of Juan Soto or another high-level player? These and other questions will be asked and not really answered in this story.

With 91 games under their belts, and only, what, 306 remaining(?), the Giants have entered the All-Star break having gotten at least a little of their groove back. Fashionista Joc Pederson represented the Giants in LA last night in the National League’s 3-2 loss to the AL. Carlos Rodón, who replaced an All-Star, but was then replaced because of minor injury, sounded like he might have preferred that this year’s All-Star Game not exist at all.

After a painful rough patch from the middle of June into beginning of July, where they lost 12 out 15 games, and where it seem as if the sky might be falling on them, the Giants have been working their way out of the skid. The Giants have won 8 out of their last 12 games, putting them two-and-a-half games behind the San Diego Padres in the NL West, and twelve-and-a-half games behind the first-place and probably uncatchable LA Dodgers. It’s really too early to start crunching wild-card-scenario math (the Giants are around two games behind the St. Louis Cardinals for that berth), but a wild card will probably be the Giants only window into the post-season.

The current break-out-of-the-muck streak has been highlighted by a few come-from-behind wins, begging the question: Have the Giants tapped into some momentum, or some of last season’s special sauce?

On Friday, the Giants were down 5-2 to the Milwaukee Brewers, facing All-Star closer Josh Hader in the bottom of the ninth, when they started drilling solo home runs. Joey Bart sent one, followed by a Darin Ruff bomb. It was 5-4 with the bases loaded, when Mike Yastrzemski hit a grand slam.

The Mercury News said that the Giants “pulled out the time machine for some of last year’s ninth-inning magic.”

“Those are the things you dream about when you’re a kid playing in the backyard; you always focus on hitting walk-off grand slams,” Yastrzemski said of his ninth-inning heroics on Friday. (Photo by Lachlan Cunningham/Getty Images)

After a 4-3 walk-off, comeback win over the Arizona Diamondbacks last week at Oracle Park, a reporter asked Brandon Belt, who had a solo home run in the seventh inning to start the rally, “Do you feel like the team is kind of getting itself out of this funk?”

“I think we’re seeing some signs of that,” Belt said. “We’ve been seeing it for the last few days. When you have a game like this, though, it’s really something that can pick up the confidence. I know there are a lot of people that don’t believe in momentum anymore, but that’s what we’re hoping we have right here.”

It’s clear that more than one Giant was feeling the big Mo. “I thought the last two weeks, we showed a lot of grit and came back in games we probably had no business winning,” said Giants’ sort-of-All-Star-pitcher Carlos Rodón. “We just dug deep and won some games that we needed. Unfortunately, the All-Star break kind of came at a bad time for us, because I would’ve liked to keep playing and just rattling up wins, but, you know, we needed this little break and we’ll start to get going on Thursday.”

Does momentum — if that’s what we’re calling what’s been going on — automatically translate into a return to form, or tapping into past mojo? MLB.com said that the “gritty” win last week over the D-backs was “reminiscent of 2021, when the Giants rode resurgent veterans, a deep bench, strong pitching and clean defense to a franchise-record 107 wins. San Francisco has tried to stick to a similar playbook this year, though the results haven’t been the same.”

Is it time for a new playbook, then? Or some new players? The knock on the Giants has long been that they are a team without a superstar. Is it time to consider changing that formula?

Juan Soto, who is the subject of many headlines, at last night’s All-Star Game. (Photo by Kevork Djansezian/Getty Images)

After Juan Soto reportedly turned down a contract extension worth $440 million, the Washington Nationals are considering a trade that will “likely will be historic” for the 23-year-old superstar. “A player of Soto’s age and ability rarely, if ever, hits the trade market,” wrote NBC Sports. “It’s going to take an unprecedented package of prospects and possibly major-league level players in order to pry him away from the Nationals.”

There are, of course, all kinds of headlines and speculation about the Giants’ interest in Soto, and it will probably only ever be rampant speculation. NBC Sports said that the Giants are not even among the top 10 teams with the prospects required to trade for the mega star. “I don’t think we have enough players to go after Soto,” Joc Pederson told the San Francisco Chronicle. “It’s going to take two farm systems to get him. Logan (Webb), Yaz (Mike Yastrzemski), LaMonte (Wade Jr.), Joey (Bart) —  the whole team.” (Some Giants’ fans apparently weren’t too thrilled with Pederson’s comments.)

Are there any other superstar prospects out there? “There is one move that the SF Giants should make that would change the dynamic of the starting rotation and make them a playoff threat: Trading for Cincinnati Reds star Luis Castillo,” wrote Fansided, saying the San Francisco should consider wheeling and dealing for what they called one of the better pitchers in the National League before the August 2 trade deadline.

But again, a player like Castillo might stretch the Giants’ wallet, or wipe out future prospects and long-term plans. “How could the Giants afford a pitcher like this? Well, it is going to cost a lot as he has one more year of arbitration remaining before he becomes a free agent. It would cost a significant prospect package,” Fansided said.

Would a superstar change the appeal of the Giants’ superstar-less, get-her-done lineup?

I can only ask the questions.