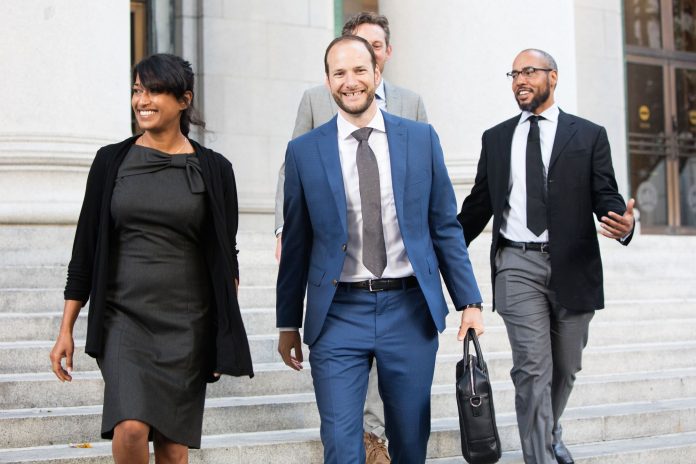 New York City is 3,000 miles away, but its newspapers of record are all going full-bore with lengthy features obsessing over ‘what it all means’ that San Francisco is about to hold a DA recall election.

Have you or someone you love been recently bombarded with text messages from “Maybe: Jennifer” or “Maybe: Brooke” regarding Tuesday’s recall election on District Attorney Chesa Boudin? This reporter has received more than a dozen texts, all from the same phone number — yet claiming to be from different senders like “Fred,” “Jennifer,” “Brooke,” “Mary,” “Pearl,” “JD,” or “Nima” — you know, like totally normal grassroots campaign volunteers do.

The fact that campaign text-spamming seems to become a sleazier, more dishonest racket with each successive election probably has nothing to do with the recall campaign itself, they’re just the latest to iterate on it in ever less-transparent ways. But the Boudin recall is a polarizing topic, and since the New York media loves to obsess over San Francisco, they are now obsessing over the Boudin recall (despite its dismal voter turnout so far here at home).

“There is no compelling evidence that Mr. Boudin’s policies have made crime significantly worse in San Francisco.”

The New York Times, which predicted in 2019 that stock options would “eat San Francisco alive” (We’re still here! We’re not eaten!), yesterday informed us that San Francisco “Democrats Are at War With Themselves Over Crime.” Now anyone who’s been in this town 15 minutes knows there is no functioning Republican party in the city, so instead our two-party system in moderates vs. progressives, so Democrats here have been “at war with themselves” in that respect for decades on end. You could have printed that same headline, with a different word other than “crime” at the end, at any point since Art Agnos was mayor.

A good column by my friend @RossBarkan on the recall in San Francisco. I know many conservative San Franciscans have criticized me because I live in NY and write about SF, so hope they don't get too bent out of shape that Ross lives in NY too. https://t.co/IHbCnEOZJz

The out-of-towners at New York Magazine also chime in how the recall election shows that the “city has never been its left-wing caricature.” Wait, you’re telling me right-wing media has been exaggerating about everyday life in San Francisco? I’m gonna need smelling salts!

New York Magazine does make some thoughtful points about the disappearing middle class here, and how this has contributed to the progressive-moderate divide. But its conclusion that “the criminal-justice-reform movement in San Francisco and across America could be dealt a grievous blow” if Boudin loses seems to ignore that it’s very easy to get recalls on the ballot in California, and that none of the other “reform-minded” DAs in the U.S. are up for a recall at the moment.

Sunday’s Wall Street Journal chimed in that it’s a “recall election backed by business owners unhappy with [Boudin’s] performance.” This ignores how financially, it is actually “backed by” the ‘Neighbors for a Better San Francisco’ PAC, which is based in San Rafael and is not a business. That PAC is responsible for an astonishing 74% of the recall effort’s $6.5 million in contributions.

You would think all of this breathless national media attention would lead to a big voter turnout, right? Not at all! Right now only 20% of eligible voters have voted, which is even lower than the low-turnout February school board recall election. That’s a point none of our fans in the New York media have noted in their election previews, and they probably won’t note it in their post-election write-ups either.

Related: SF Recalls Largely Funded by ‘Neighbors for a Better San Francisco’ PAC, Which Is Based in San Rafael [SFist]